£4.7BN TO BUILD AFFORDABLE HOUSING YET STILL NO SITES FOR TRAVELLERS: FFT WRITE TO THE UN 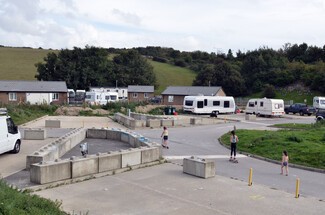 Friends Families and Travellers have submitted evidence to the Committee on the Elimination of Discrimination Against Women highlighting the widespread lack of progress by local authorities on the provision of Gypsy and Traveller sites and the devastating impact on health, education and overall risk of poverty as a result. The submission calls on the Ministry of Housing, Communities and Local Government to hold local authorities who are not meeting the accommodation needs of their local Gypsy and Traveller population to account.

Despite the fact that the Government have made £4.7 billion available under the Shared Ownership and Affordable Homes Programme 2016-2021 which includes provisions to build Gypsy and Traveller sites, not a single local authority has used this funding to build sites. Given the fact that there are currently 3,000 Gypsy and Traveller families with no site to stop on we find this lack of will to build sites at the local level disgraceful.

Gypsy and Traveller families without a place to stop often have no access to water or sanitation and the overall risk of poverty is much higher because it becomes increasingly difficult to secure adequate education and employment. Families with no place to go face constant evictions which result in severe health inequalities because of missed health appointments, disruption to pre-natal and post-natal care and missed opportunities for screenings which result in late diagnosis for cancer.

Mary*, who lived roadside for 30 years, was making 100 mile trips every day just to get her children to school and back, often in the face of sudden evictions.

"The hardest thing is the evictions every week, they would happen at night," said Mary.

"I was eight months pregnant and the police gave me a Section 62, they told me they would take my caravan if I didn’t move there and then, I couldn’t take it any more I just physically, mentally broke down crying there and then. With my other boy, this was five years ago, I had him by cesarean, I had nowhere to go but they still made me move again. I’m 40, and I have the body of a 60 year old because of the stress.”

Commenting on the submission to the United Nations, Abbie Kirkby, Advice and Policy Manager at Friends, Families and Travellers said pressure needed to be maintained on the Government and that immediate action was needed.

“It is fundamental that the stories of Gypsy and Traveller women who have no place to stop are heard by human rights bodies as this will place pressure on the Government to take immediate action to address these inequalities, which have been tolerated for too long,” said Abbie Kirkby.

We look forward to the concluding observations from the Committee on the Elimination of Discrimination Against Women on the UK Governments progress on ensuring the rights of women in the UK in March 2019. In particular, we hope to see specific recommendations regarding the rights of Gypsy and Traveller women, say FFT.

Read Friends Families and Traveller’s submission to the Convention on the Elimination of Discrimination Against Women.

*Name changed for this article