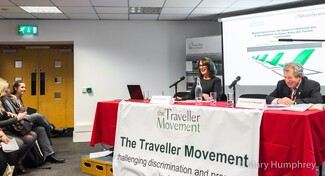 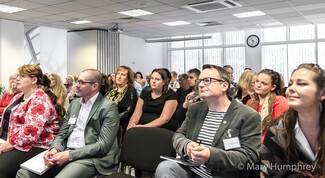 Each year, the Traveller Movement’s annual, national conference attracts more than 150 delegates who convene to discuss relevant topics and issues for Gypsies, Roma and Irish Travellers, as well as other key stakeholders such as policy makers and service providers. The day always includes a keynote address from a politician, lively panel debates and four workshops that delegates sign up to beforehand, so that they can join specialised and productive discussions specific to their interest.

The Traveller Movement’s 2018 conference was no exception, with lots of welcome new community members and other delegates attending.

Derrick Campbell, an Independent Police Complaints Commissioner, is responsible for providing independent oversight of and taking responsibility for IOPC investigations, casework and the promotion of public confidence in the complaints system across a large part of the country. At the conference, Derrick made a commitment to personally handle any complaints about the police that came in from Gypsies, Roma or Irish Travellers within his area, a rare occurrence for someone in his position.

Lord Young of Norwood Green too, made a commitment to understanding Gypsy, Roma and Traveller issues more and pushing GRT equality within his remit in the House of Lords, speaking with passion about his own experience of being from a marginalised Jewish ethnic community. He has committed to chairing the Traveller Movement’s upcoming education roundtable in parliament.

Other speakers: Florie Chiriac of the Gypsy, Roma and Traveller Police Association; Brigid Quilligan of the Kerry Traveller Health Community Development Project; Phien O’Reachtigan of the Gypsy and Traveller coalition; Professor Colin Clark at the University of West Scotland; Anne Fox, CEO of Clinks; and Mairead Healy of the Youth Justice Board, all shared the ways in which they are working tirelessly to chip away at discrimination aimed at GRT communities.

Each workshop (discussing health, Brexit, education and policing) produced three clear recommendations for their area, recommendations that will feed in to policy work at the Traveller Movement over the next year. 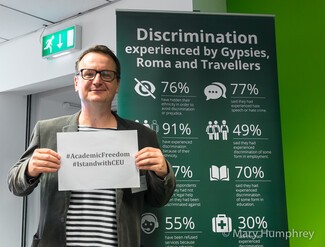 Feedback from conference delegates was vastly positive, with one attendee stating that they “possibly got more out of sitting and listening to the speakers in the first session reflecting on their own identity than [they’ve] gotten from most conferences I’ve ever gone to…I’m hoping to come another year”.

All in all, the conference was another great success. The Traveller Movement wish to thank all those involved and look forward to seeing everyone next year.

Save the date! Next year’s Traveller Movement conference will be held on Thursday 21st November at The Resource Centre for London.