Many Scottish children taken and put into homes found “no love, no compassion, no dignity and no comfort” says the inquiry

An inquiry into the historic abuse of Scottish children by state, voluntary and religious institutions and the subsequent forced migration of some of thousands of them abroad is to ask Scottish Traveller victims to come forward to give evidence in the November issue of the Travellers’ Time Magazine.

The Scottish Inquiry into Child Abuse was set up to investigate claims that many children taken into state and religious or voluntary homes where abused. It is looking for victims who are still alive today.

Many of the children taken would have been Scottish Traveller children. 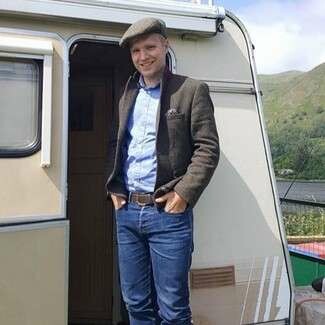 “One I know about is from 1907 and I keep going back to it is because it was so tragic. What happened was the wife drowned in an accident and she left her husband with ten children. They were under constant supervision from the state with people visiting, and all these threats and things. The man eventually committed suicide and then all the children were taken and sent to the homes and then on to Canada and Australia. “

Scottish Traveller campaigner Jess Smith has also told the TT about many victims still alive today that she knows of. However, she says, some victims are now dead. The TT will be publishing an exclusive interview with Jess Smith about this next month.

The investigation into the Quarriers, Aberlour and Barnardos homes are due to start next week and witnesses will be giving evidence until January 2019.The investigation into the Daughters of Charity in Scotland and St Vincent De Paul children’s homes concluded earlier this month. The Inquiry found that many children taken and put into those homes found “no love, no compassion, no dignity and no comfort”. 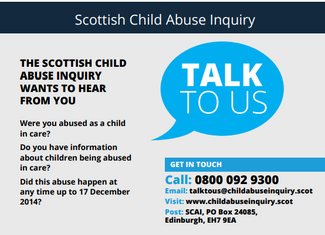 Children were instead beaten, sexually abused, told falsely that their parents where dead, and were denied knowledge of their background or where they had come from, the Inquiry found.

A similar Inquiry in England concluded last year and Gypsy and Traveller children where not mentioned at all.

The TT understands that at least one Scottish Traveller woman victim has already given evidence.

In 1895 a government report recommended that the eradication of Scottish Traveller culture could be made to happen by removing children from itinerant Scottish Travellers and placing them in homes run by religious and voluntary organisations. Many of the children where then forcibly migrated abroad to countries like Canada and Australia. That policy continued up to the 1960’s.