Woman refused credit ‘because she is a Gypsy’ 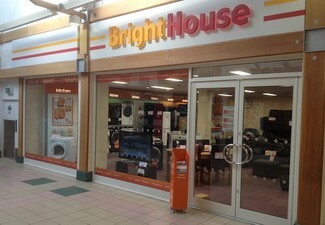 The Financial Services watchdog has awarded a Gypsy woman £500 for “distress and inconvenience” after a credit firm refused her credit because she lived on a Traveller site that had previous customers living there who had been “difficult.”

Caversham Finance Limited, trading as Brighthouse, compounded the issue, said the Financial Ombudsman Service, because the Gypsy woman was told by staff in front of other customers that she would be refused credit “because she was a Gypsy and lived on a site.”

The Gypsy woman – known only as Mrs B – complained to the Ombudsman and said that the other previous credit customers living on the Traveller site where not related to her or anything to do with her. She also said that she felt “distressed” about being told in front of other customers that she was not going to get credit for some goods, because of her ethnicity.

Although two of the other customers “stuck up for her,” she still felt embarrassed, she told the Ombudsman.

The Ombudsman agreed and in a landmark ruling ordered Brighthouse to pay Mrs B £500.

In his ruling, the Ombudsman said that a person living on a street in a house would not be penalised for the behaviour of someone else living on that street in another house.

“I think the main reason it refused to take her as a customer was that she lives on the same site as some of its past, difficult customers.”

“I also think its decision means it’s harder for Gypsy and Traveller customers to get credit than for other local customers who don’t share their characteristic. Ms B said she would’ve understood it if she’d had poor credit but was mortified to be told it was because she was a Gypsy and lived on a site. She was told this in public.”

“She said about five other customers were present at the time and two of them stood up for her. I think the reference to her race, and the fuss it created, would’ve been distressing and humiliating for her and so I’ve reflected this in the compensation.”

“My final decision is that Caversham Finance Limited, trading as Brighthouse, treated Ms B unfairly and unreasonably and it should pay her £500 compensation for the distress and inconvenience this caused.”

If you think a credit agency has treated you unfairly or has discriminated against you because of your ethnicity, you can complain to the Financial Ombudsman Service by calling them on 0800 023 4567 or following this link. Alternatively – you can ring the new Traveller Movement Equality and Social Justice Unit on 0206 607 2002 and they may be able to help you with your complaint.