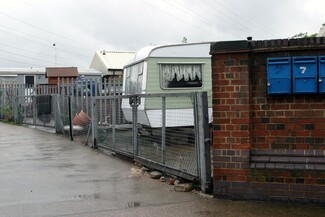 Threatened new planning laws could make life even harder for Gypsies and Travellers wanting to buy and develop their own sites, say lawyers working for Gypsy and Traveller rights.

The threatened new laws have been proposed by the Government as part of their push to ‘streamline the planning system’.

The new planning laws, outlined by the Government, are set to fail permission for any developments not in a council’s five-year development plan. A five year development plan is where a council sets out its planning requirements and areas for shops, housing, factories and warehouses - and a tiny area of land for Gypsies and Travellers to buy, develop and live on.

Councils are also increasingly being allowed by the Government to ‘de-couple’ their lack of a five year supply of Gypsy and Traveller sites from the rest of their five year plan. This means that the need for more Traveller pitches is unlikely to ever be met under the current system because the councils face no sanctions or fines for failing Gypsy and Traveller communities.

This situation often leads to Gypsies and Traveller’ being forced to buy marginal ‘off plan’ land to live on, and then engaging in a costly planning battles with the councils and the government that can sometimes last for years.

One proposal in Government’s plans could effectively halt private Gypsy and Traveller site provision in its tracks, say lawyers.

‘We will seek to strengthen enforcement powers and sanctions

to local planning authorities to ensure they support the new planning system. We will introduce

consultation on unauthorised development and encampments, to strengthen national

notices are more effective. And will also consider what more can be done in cases where the

When contacted by the Travellers’ Times, A spokesperson from the Government provided the following information:

The Travellers’ Times understands that Traveller Law experts Community Law Partnership and the charity Friends Families and Travellers will be responding to the Government planning consultation to raise their concerns.