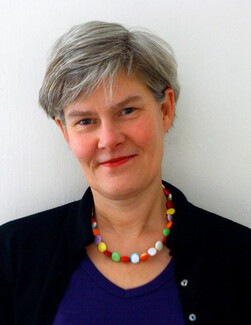 In a rare piece of good news for Labour, Gypsy and Traveller rights champion Kate Green MP retained her seat in last week’s general election in the face of a Conservative landslide.

Abbie Kirkby, Advice and Policy Manager at Friends, Families and Travellers, a national charity, said that they were really pleased to see that Kate Green had been re-elected as MP, especially given their experience of working with her when she was in role as Co-chair of the APPG for Gypsies, Travellers and Roma.

“Kate is a tenacious supporter of Gypsy, Roma and Traveller communities and was recognised for her contributions at the No 2 H8 Crime Awards this year, winning the Upstanding Parliamentarian Award,” said Abbie Kirby.

“The APPG will be re-forming early next year, to continue fighting for the rights of Gypsies, Roma and Travellers in the UK.”

There is a long road ahead battling the consultation on trespass 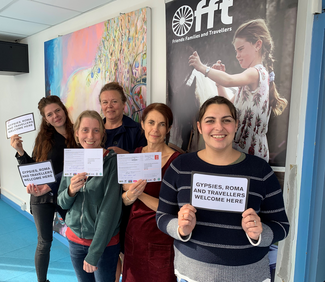 Friends Families and Travellers staff with the MPs’ pledge card – ask your MP to sign it!

Kate Green was one of the MP’s who signed a pledge to stand up to racism and discrimination against Gypsy, Roma and Traveller people. Other MPs to sign the pledge cards were MP for Hayes and Harlington John McDonnell, Deidre Brock MP for Edinburgh North and Leith, Lloyd Russell-Moyle MP for Brighton Kemptown, Alex Sobel MP for Leeds North West and Catherine West, MP for Hornsey and Wood Green. All these MPs were also re-elected.