Why Roma, Gypsies and Travellers need to support the Black Lives Matter movement 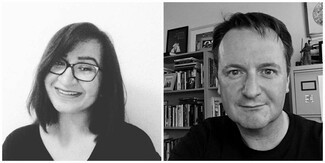 The murders of George Floyd and Johnny Delaney would not appear to have anything in common. However, Brigitta Balogh and Colin Clark argue that they do share similarities and these connections demand that displays of public solidarity across the communities towards the Black Lives Matter movement are more important than ever before, especially during Gypsy, Roma and Traveller History Month in June 2020.

Grief and anger, viewed from a distance, can be a very strange thing. Associations or connections are often made that cannot be readily explained or accounted for. They just are and they just appear, almost from nowhere.

Back in late May, when watching and reading the initial reporting of the brutal death of George Floyd, it was Johnny Delaney who kept coming to mind. On one level, this didn’t seem right, deep down, but Johnny was present. He was there. His memory, his murder.

But what could possibly connect a 15-year old white Irish Traveller lad from Liverpool with a 46-year old black man from Minneapolis? Both were killed, yes, but Floyd by a white officer from his local Police Department and Delaney by a group of non-Traveller teenagers. Also, their skin colours were different. Johnny was seen as ‘white’, George as ‘Black’.

Yet specific forms and types of racism, to be sure, was at the heart of both their untimely deaths. Their murders. Further, the denial of racism was also central to the immediate aftermaths. The judge in the Delaney case specifically rejected a racial motivation for the gang attack that led to his death and Floyd’s murder was framed as being connected to an alleged criminal act (attempting to pay for goods in a local market with a counterfeit $20 note).

It was said about Delaney, during the trial of his murderers, that he was in the ‘wrong place at the wrong time’. For Floyd, he picked the wrong moment to try and pass off a fake $20 bill, as Police officers were close by. Ideas of ‘wrongness’; skin colour, race and murder.

From eye-witness accounts and video testimony, it was clear that Floyd was subjected to the methods of Police violence that he so painfully endured - for more than 9 minutes - on account of his ethnicity, his Blackness. With a hard knee to his grounded neck, he was suffocated by someone who was supposed to be upholding the law. All sanctioned by the Police.

Similarly, Delaney was targeted and subjected to brutal gang violence and murdered because he was deemed to be “…only a fucking Gypsy” - the words shouted to a man who passed by and witnessed the assault, asking the group why they had attacked Johnny so viciously.

The deaths of George and Johnny: a reminder that racism can work in complex, painful and brutal ways. Their deaths, not so different after all perhaps. Deemed to be ‘other’, dehumanised, regarded as life that could be discarded. They were seen as disposable.

For these shared and connected reasons, it is important that Gypsy, Roma and Traveller communities across the UK publicly stand behind the ‘Black Lives Matter’ movement. Solidarity is so important at this time, especially during our History Month.

We know that many Roma who have arrived in the UK from central and Eastern Europe in the last 20 years or so made this journey as they were subjected to racist and discriminatory treatment because of their supposed ‘Blackness’. Their life chances, their employment, their children’s education, are greatly affected by being classified as Roma in that part of Europe. To be Roma, is to be Black. To be Black, is to be discriminated against.

For Gypsies and Travellers in the UK the situation of ‘race’ and racism is as complex as it is for most other minority ethnic communities. Irish Travellers in England and Wales, for example, continue to face significant levels of prejudice and discrimination due to being Travellers as well as being Irish.

Likewise, English Romanies, Welsh Gypsies and Scottish Travellers are also seen as ‘different’, whether residing in houses, flats or different kinds of site provision. This sense of difference is not always articulated as ‘racism’ - by gorgios, buffers, country people, flatties - but the sting of discrimination is real and felt. This is particularly true for those families on roadside encampments, the ‘strangers’ who come today and might just stay tomorrow.

Another important reason for Roma, Gypsy and Traveller communities to stand behind the Black Lives Matter movement is not to just show solidarity, but to also atone for our past sins. This is critical, but also not uncontroversial.

Indeed, this point might be regarded as contentious, but it really isn’t. We all know some family members in our respective communities who are racists. They make racist anti-Black or anti-Asian comments, they tell racist jokes. It might be your Granny or Nan who will talk about Black people via names that most of us no longer use, it might be your older brother or a cousin who shares racist memes made by the far-right movement on social media. We are not immune from the virus of racism.

However, we are also not our brother’s keeper. We can actively challenge such attitudes and stand up against racism in all its complex and twisted forms. Indeed, we cannot expect much sympathy from the broader anti-racist movement if we do not first sort out our own back yard. This is pivotal. To be able to legitimately call out racist treatment by others towards ourselves, we also need to call it out within our own communities and how we treat other people. Fair is fair.

This social change in attitudes is happening, slowly. As an example, witness the radical shifts we have seen in recent times regarding the wider acceptance of LGBT+ identifying Gypsies and Travellers, and those who suffer from mental health issues. Further, think about how we now see domestic violence and how we discuss drug misuse in our communities. Culture and identity is never static, and anti-racism sentiments within Roma, Gypsy and Traveller communities is there and will come through stronger than ever.

Black lives matter. Traveller lives matter. Gypsy lives matter. Romani lives matter. The connections between George and Johnny hold good, their lives cannot be forgotten, and their suffering must be told, witnessed and understood. By knowing your history you can change your future. So during Gypsy, Roma and Traveller History Month this June, let’s ensure that we acknowledge the work of the Black Lives Matters movement and take inspiration from its meaning, mission and message. Let solidarity take root and flourish.