A tribute to Penny Dane 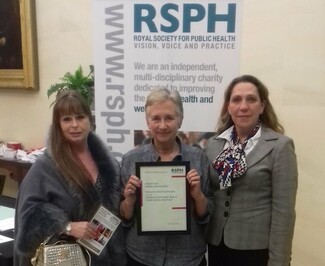 Working with Gypsies and Travellers is not everyone’s vocation and not everyone can do it. It takes a special person, someone with a real heart, to get it right.

Here in Devon we have been very fortunate to have had someone who got it right. About 12 years ago, right when things were at a really low ebb, just after the media’s “Stamp on the camps “ campaign, we were contacted by Penny who had just got a post with The Devon Racial Equality Council. She had been given some lottery funding to do a project with Gypsies and Travellers to counteract the media’s negative reporting. The Romany women in Devon jumped at the chance to do something to show the public the real story, our side, the side which no one ever gets to see.

Penny held meetings with various groups of Romany women, and it was decided to produce a leaflet. It was a myth busting leaflet about our history, our lifestyle and current issues. We were proud of what we done, the leaflet went into lots of different places and later it was used in the training of various organisations. We called that leaflet ‘Gypsies, what we are, not what we are perceived to be.’

Penny then asked us what really concerned us as Gypsy mothers and we all shared the same concerns about children in school. We all wanted our children to go to school and get an education but we wanted them to feel safe there, like all kids should. Penny helped us make a booklet to go into schools for teachers and head teachers to read so they would get a better understanding of culture and what we wanted from the education system. We made the booklet in accordance with the then governments ‘Every child matters’ agenda and called the booklet ‘Every Traveller child matters too’. Penny made sure every school in Devon got a copy.

Those two projects sort of launched some of the best work to be done surrounding the Gypsy and Traveller population in Devon that was the work we did in schools. Penny got us more funding to make a film ‘The Pride - The Prejudice’ about life for Gypsies in the county, it covered our history, accommodation issues and education. It’s since been used in many schools in Devon and often done free of charge because Penny was persistent in applying for funding for the work to continue.

In total we have made five films, ‘The Pride, The Prejudice’; ‘Porraijmos’ the film about the Gypsy holocaust and three short films about Traveller children in Devon. All these films have been used in schools and the first two also in training organisations like the police, fire service, health workers, local councils and others.

I could go on and on about the help Penny has given Gypsies and Travellers over the 12 years she has been at the Racial Equality Council, the times she stood up for us and challenged racism on our behalf. The projects she instigated are too many to list but ‘The Racism survey’, ‘The Landlord booklet’ and the ‘Challenge the media’ leaflet are but a few. Before we knew Penny we didn’t really know our rights at all and put up with racism as our lot in life but over the years she has given us the courage to stand up for our rights and challenge racism ourselves. She also gave training to Gypsies and Travellers here, so we understood other diverse cultures and lifestyles. She organised first aid and basic health training for us. Penny set up a forum with Teignbridge district council for Gypsies and Travellers which turned out to be one of, if not the most successful in the country.

A couple of years ago Penny told me she was ready to leave so it wasn’t a total surprise when she said she would be going at the end of October this year, but it’s fair to say she will be missed by everyone. The last project she instigated was the Health booklet for Gypsies ‘Travelling to better health’. Penny got a steering group of six Gypsy and Traveller women to work on it and we were really pleased with how it turned out. It was put forward for an award from the Royal Society of Public Health.

As time went on the project was shortlisted from 500 applicants to the last three in our category and three of us - me, Penny and Helen Bellamy - went to London for the awards ceremony. Penny’s last night in her job was spent at the ceremony, it seemed quite appropriate for a woman who had worked so hard for us to end on a high note. We didn’t win but felt like winners just being there. We got to speak to the management of the ceremony, told them of some of the issues Gypsies and Travellers face, we spoke to the Minister for Public health and Angela Rippon, who hosted the night. We all had a great night.

If anyone ever showed any gratitude to Penny for all that she had done, she’d probably just pass it off and say she was only doing her job. We haven’t said goodbye to Penny, hopefully it’s not the last we see of her, but we do want to say “Thanks Penny for doing that job, you did it very well”.

On behalf of all those who worked with her, and probably every Gypsy and Traveller in Devon, we wish her well and every success in whatever she does in the future.

(Lead picture caption: Left to right; Helen Bellamy, Penny Dane and Elizabeth Isaacs holding their finalists certificate at the Royal Society of Public Health awards on the 27th of October, 2016)