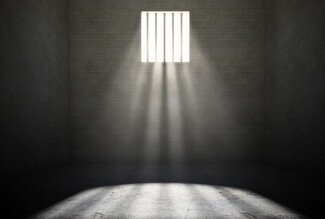 Anthony is a Pavee/Irish Traveller prisoner. He did one day at school as a boy and then left. He entered prison as a young man with only the most basic reading and writing skills. He took advantage of rehabilitation and learning programmes and eventually took a degree in philosophy, mainly studying from books in the solitude of his cell and the prison library. He is now applying for a Master’s Degree at Cambridge University.

Here Anthony writes about his first experience of learning in a group with other students as part of an innovative collaboration between Cambridge University and Grendon prison called ‘Learning Together’. The course was about criminology – or the study of crime.

The Traveller’s Times is proud to welcome Anthony as a contributor and writer. In his own words:

The sheer mass of other prisoners, students, lecturers and researchers from Cambridge University’s Criminology Department stunned me as I took my seat in the prison classroom at my first Learning Together lesson. It felt like I was reliving my first (and last) day at school as a young Traveller boy, the memory of which brought up a certain amount of panic. I stood motionless with my name-badge stuck to my chest as my heart felt like it was rising up to my throat. As a prisoner and a third year Philosophy student, I was accustomed to a certain amount of academic solitary confinement and unused to learning with other students. Suddenly I was in a room with other people who were extremely good at learning and thinking. The prospect of this filled me with both fear and excitement.

I also met Ruth and Amy, the creators of the Learning Together programme for the prison for the first time. The packed room was loud with the voices and conversations of many people coming together for the first time. After one failed attempt to call order, Ruth put two fingers in her mouth and whistled so loud, it silenced everyone and left nothing but the sound of the grumbling radiators. Into that silence, Amy and Ruth then told us of their mission to promote their mission of promote the sharing of knowledge between students in prison and students from universities. If we were starving for social interaction and academic knowledge, they explained, they would feed us. Their warm enthusiasm conjured up so much positive energy in me that I thought ‘yes Ruth and Amy, criminology is the best thing ever. I don’t know much about it, but let’s do it. Let’s do criminology’.

In the first session, a leading criminologist, whose down-to-earth nature shone as brightly as her expertise, gave us a mesmerising lecture. After she had finished, the students had a chance to contribute our thoughts and, yes, to my panic, I had thought of something to say. In my head, I started to convince myself to speak and tell everyone my opinion. But nothing would come out of my mouth. I felt frozen. Everyone was offering such amazing points of view to the rest of the class and I feared that what I wanted to say was of no consequence.

Then, luckily, my brain decided to by-pass my ‘in-security’ system and to even my surprise I spoke. It felt like the whole room zoomed in on me. “That’s a really good point. Let’s think about it further,” the lecturer replied, smiling at me. I sat back, relieved, to the nods of approval with the same feeling of triumph as if I had just revolutionised academic criminology by introducing a daring new concept that no one had ever thought of before. The feelings of insecurity fled and was replaced by the comfort of confidence as I shared and combined my thoughts with others. It turned out that I had been scared of nothing at all – my points were valuable and welcomed.

As the course went on, session after session, we all bonded and our tea and biscuit consumption became a thing of legend. Indeed, the memories of seeing some of the UK’s finest academics drinking tea from a blue prison mug will always make me smile. The warmth of these people revealed that although we have some big differences separating us, we have far more similarities that unite us. As a result, every session at Learning Together gave me the feeling that I had been free for a few hours, although not free in the sense that I had been outside the prison, but free in a deeper sense. I could be a better version of myself, which my incarceration, past and fears did not dictate to and smother. It was warmth, compassion and the exchange of ideas – alongside the acceptance of others - that created this released version of me.

Karl Popper, a famous philosopher that I had learnt about in my sometimes lonely studies for my Philosophy degree, said that knowledge is a social activity. What he meant was that we can only learn from each other, and the Learning Together programme has shown me that this is true. However, it has also shown me something more. Namely – that learning together can create self-worth, self-acceptance and self-belief. When others treat us with love and respect, then we feel loved and respected and we learn to love and respect others. Moreover, Learning Together has taught me how to work hard and how to be the best version of me that I can and that we are at our best when we are helping others.

Certainly, there can be a sense of exclusion from the world outside for those of us in prison. We should not accept this. Instead we should be open to the idea that this is an attitude and not a reality. This attitude of segregation is an extension of our physical incarceration that should never inhabit our spirit. People are interested and people care. People want us to help ourselves. Ruth and Amy are evidence of this because, despite the distance and sheer effort involved, they reached in to us prisoners. It may feel strange and it may even feel a little scary, but all we have to do is have a little faith in ourselves - reach back - and shine.