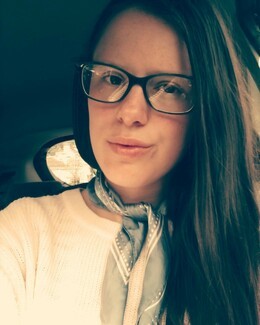 Shannon Marie Lock  a Welsh Gypsy from North Wales is currently studying for a PhD at Bangor University. Her PhD is focusing on the traditions and rituals of Gypsy women in Wales.

Since their arrival in Britain, Gypsies have always been linked with magic and witchcraft...….writes Shannon Lock.

My PhD thesis will go into detail about Gypsy magic and fortune telling in Wales in comparison to the rest of Britain. However, this article is meant to provide an introduction to magic and witchcraft in relation to Welsh Gypsies.

Richard Suggett, the main historian of magic and witchcraft in Wales, states that a famous group of witches deriving from the village of Llanddona in Anglesey descended from Gypsies according to folklore. It was women who were mostly accused of witchcraft in Wales, in keeping with the rest of Britain. Gypsy fortune-tellers tended also to be women. This meant that they were often categorised alongside witches.

Rural Wales was a superstitious country and belief in magic was passed down through generations. Gypsies, especially Gypsy women, were believed to have immense prophetic powers. The community was always on the look out for any symbol or sign of future events. Due to the Gypsies’ natural lifestyle, the community had not forgotten the importance of the natural world and the symbols that derive from it.

Fortune-tellers could prophesise good and bad events to come, though they tended to focus on the good. The skills of fortune-telling were often passed down from mother to daughter in the community. However, some families believed that an individual should be born with the skills, rather than learn them. When these skills were learned however, Gypsy women could make the most out of them, earning wages to provide for their families.

For further information about the project visit: https://docs.google.com/document/d/1kG6T9BcDdREymuerkvEvxSyXutBE1e23io9hq__O6jE/edit Responses to the questionnaire will remain anonymous.