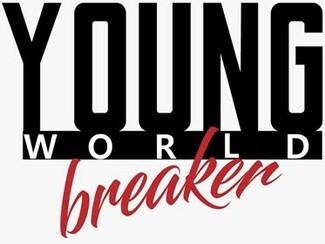 Play video
Travellers' Times caught up with Y.W.B (Young World Breaker) an up and coming rap group from Germany to talk about their latest single 'Appell zu Chemnitz' - 'Appeal to Chemnitz'. Check out the music video above.
We want to know more about Y.W.B how did you guys form?
Ramzez: We had a chance to start rap workshops with a social club and decided to start a rap group. We started to write lyrics and to record songs. Nino: We founded in 2016, because the rap workshops was what was liked. We saw the music as a good instrument to deal with many serious issues such as racism, homeland, identity and empowerment issues that concern young people. we wanted to deal with them in creative ways. Ramzez: Nino and I created the Name ‘Young World Breaker’, we wanted to sound rebellious. Seeyou: I joined the group one year later when we met at Dikh he na Bister 2017 in Krakow, and 3 months before I had met Nino at a seminar for Roma students. They showed me their Rap songs in Krakow and I showed them my instrumentals. After Krakow, we became really good friends and decided to make music together. Y.W.B is made up of 11 people in total, some are rappers some are singers and some are producers.
How long have you been making music?
Seeyou: I started to make music when I was 11 or 12 years old and I’m now 26. First I wrote lyrics and rapped to instrumentals from Eminem and 50 Cent. When I was 14 or 15 years old, I wanted to rap to my own Beats so I started to produce music, record Songs and to mix songs for others. I see myself more as a producer than a Rapper. Ramzez: I started to write lyrics when I was 16 and I made short songs, but it wasn´t professional, it was more like a hobby. It was only with the founding of YWB that I had common goals, so I was able to develop myself. Nino: I started to make music, when the group YWB was founded.
We heard your single 'Appell Zu Chemnitz' ….. what was the inspiration for this song?
Seeyou: I made this beat in 2010 for a rapper from my City, but he didn´t want it. I wrote the chorus in 2011 and wanted to use it for me as a solo song, but I never finished it. Maybe it was fate, because the theme from the chorus is appropriate now, because of racism and neo Nazi protests in Germany. Ramzez: Seeyou showed me his beat, I liked it and started to write the verse. This was written many months before the neo Nazi protest that took place  but was about racism generally. We recorded it on 30th August the day the protest in Chemnitz started. When Nino heard the lyrics he had the idea to make it a reaction to the protest, so we changed our lyrics a little bit. Seeyou: And the original song title was “Der Schwarzkopf wars (engl = the blackhead was)” but we decided to call it for ‘Appell zu Chemnitz’, because of the Nazi protest in Chemnitz.
In the video you show neo Nazi protests - what is the situation politically for Roma living in Germany?
Ramzez: Believe it or not, Roma are still discriminated in Germany. Seeyou: Especially at the present time where the right-wing is getting stronger. Ramzez: We are classified as violent, criminal or primitive, which of course is not true. Nino: The situation of Roma and BAME in Germany has been very tense since the protests of neo-Nazis in Chemnitz. Although we live in „Niedersachsen“ and not in „Sachsen“ I notice the tense atmosphere. (Note: Niedersachsen is a state in West Germany and Sachsen is a State in East Germany and Chemnitz is a city of The State Sachsen.) Roma are regarded as "not bio-German". The behaviour of the President of the Federal Office for the Protection of the Constitution (Germany's domestic security agency) President Maaßen and his support of right-wing sentiment, as well as his promotion in the Ministry of Interior brings the political culture and the credibility in Germany very much in question. In addition, violence increases to BAME in Germany. Therefore, we have no choice to fight with other democrats in the country for our core values and constitution to combat racism, before Nazism becomes socially acceptable again.
What can we expect next from YWB?

Seeyou: We will be releasing 'Appell zu Chemnitz' on 3rd Oct 2018 on Spotify, iTunes and Google Play. We decided to release on the 3rd October because its a  German holiday called ‘Tag der deutschen Einheit (engl = Day of German unity)’ Ramzez: We want to make an album next year, but I don´t want to give too much away. Nino: We will also have different Music Seminars, to record Songs and freestyle lyrics about the basics of Hip-Hop to search for new talented people, we want to support young people who want to make music.  Ramzez: And before we release our album next year we want to release an  EP on Spotify in a couple of months.

ALL: We stand for solidarity, peace and respect in Germany. We are clearly opposed to racism and violation of rights. We see the attacks on alleged "non-Germans" as a major threat to our democracy, constitution and human rights, and to all to Black and Ethnic Minority people in Germany. Many thanks to all people who are committed to the same.
Stay up to date with the latest from Y.W.B by following them on Facebook Spotify and Instagram @youngworldbreaker
Region
England
Northern Ireland
Scotland
Wales
Tags
Roma