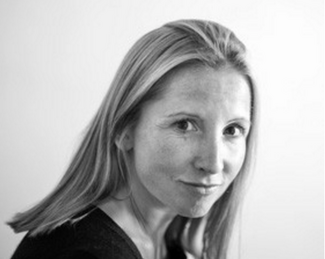 Sasha Barton is a Partner in the Civil Liberties team at Hodge Jones & Allen LLP, with a particular interest in cases involving discrimination against Gypsies and Irish Travellers. The Civil Liberties team brings complaints and civil claims against the police for issues such as arresting people without having reasonable grounds, using too much force, maliciously prosecuting people (when they do not seriously believe they are guilty of an offence), damaging their property and stopping and searching them unlawfully. We also bring claims against other bodies for abuses of power and discrimination.

The law firm also has a criminal law team (representing those accused of all kinds of crimes), a family law team (assisting with a wide range of issues, including divorce, residence and contact for children, care proceedings and domestic abuse), a housing law team (dealing with housing and homelessness).  Hodges Jones & Allen LLP also have teams specialising in Personal Injury, Employment, wills and probate and private client work.

It was reported last month that only a handful of UK police forces are recording when their officers’ interactions involve Gypsies and Travellers, raising concerns that discriminatory treatment might be ‘hidden from view’. The police’s ethnic monitoring systems are important in ensuring that all ethnic groups are treated fairly, and identifying any disparities in treatment. If there are no records, then it is impossible to identify trends, spot problems and take action to address potentially discriminatory behaviour on the part of the police.

Figures obtained under the Freedom of Information Act by the Traveller Movement charity revealed that 39 out of the UK’s 48 police forces do not include Gypsies and Travellers in their ethnic monitoring systems. In their responses, two forces indicated that they did not even consider Gypsies and Travellers to be ethnic groups, even though both are officially recognised as such under UK law.

Many of the forces that responded to the data requests said they did not include Gypsies and Travellers in their ethnic monitoring systems because they were not required to do so by the Home Office. Forces are currently required to use ethnicity codes from the 2001 census and codes for Gypsies and Travellers were not added until 2011 which means it is up to individual forces whether to use them or not.

It is extremely disappointing that many police forces are apparently adopting a ‘minimum requirement’ approach, rather than being proactive and using monitoring to ensure they police these ethnic groups fairly and transparently.

It took years of campaigning for Gypsies and Travellers to be finally added to the Census categories in 2011. The group was added because there was both recognition and concern about life outcomes for Gypsies and Travellers, with those in the community more likely to experience poor health outcomes, have limited access to education and live in inadequate accommodation.

As a senior policy officer at the Commission for Racial Equality, specialising in Gypsy and Traveller policy, and in my current role as a lawyer, bringing complaints and civil claims against the police on behalf of clients, I have seen a number of incidents where police use excessive and inappropriate force when attending incidents on Gypsy/Traveller sites. It is my experience that police officers tend to use more heavy handed tactics and are deployed in greater numbers when policing these communities. There are also other issues of concern, such as what appears to be a disproportionate occurrence of vehicle-related checks, often seemingly as a pretext to identify other potential offences.

The Equality and Human Rights Commission has said it will now be speaking to police forces about this and I hope that now this issue has come to light we will see a policy change. Gypsies and Travellers are recognised as needing the protection against discrimination afforded to other ethnic groups and it is vital that the police are proactive in ensuring these communities are being treated fairly by their officers.

Hodge Jones and Allen LLP Actions Against the Police Solicitors are backed by nearly four decades of experience and have a strong track record of achieving favourable client outcomes. For expert legal advice call us on 0808 250 6017 today.