No Room to Roam - No Place to call Home. 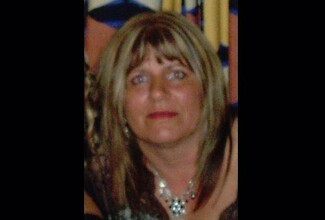 Josie O’Driscoll, Chair of HertsGATE, Traveller Movement, and TT advocate, says that ‘the last acceptable racism is no longer acceptable’ as she tells The Travellers’ Times about the rally for Gypsies and Travellers being planned as the petition against the new Gypsy / Traveller planning law definition reaches over 2,000 signatures in three days.

Gypsies and Travellers will take to streets of London on May 21st, in less than three months’ time, to protest against what we see as a discriminatory and racist planning policy.

The planning of a demonstration against the new ‘gypsy status’ is well under way, we anticipate a peaceful but noisy event and hope to attract huge numbers on the day. Traditional horse-drawn wagons will be one of the highlights. After suffering centuries of marginalisation, discrimination, exclusion and institutional racism we the Gypsy Traveller population of the UK will send a message to this Government that what is seen as acceptable racism by society will no longer be accepted by us.

Campaigners have launched an online petition to oppose the ‘gypsy status’ planning law and to gather support for the demonstration that is going to happen outside the houses of Parliament  Councils are obligated in planning rules to provide land to house traveller communities. The Housing Act 2004 also requires housing authorities regularly too undertake regular assessments of the accommodation needs of gypsies and travellers. New planning rules brought in on a bank holiday weekend last August state that “for planning purposes the Government believes a traveller should be someone who travels.  However the new nomadic qualification could dramatically cut the number of people who are seen as travellers under planning rules

Travellers would have to prove they have a 'nomadic' lifestyle to qualify for help in the planning system   Experts said that this would in practice mean showing that they had been on the move for two months every year, possibly by moving from camp to horse fairs. The changes have emerged after a High Court ruled that gypsies will no longer automatically be banned from setting up camp on Green Belt land because ministers had been unfairly discriminating against travellers. County Councils are already testing their Gypsy and Traveller populations against the new ‘gypsy status’ definition in order to reduce the need for future sites and deny our children the chance of a home on a Traveller site.  It has not taken some local authorities long to realise that this change to the definition could reduce the need for more sites if it is discovered fewer families comply with the new definition; if we don’t have ‘gypsy status’ we may no longer develop and build a Gypsy and Traveller site and we may even lose our place on an existing public or private legal Traveller site.

The result will be that many Gypsies and Travellers will be forced back onto the road because they will be made homeless, or ‘prove’ their ethnic identity and heritage to retain their homes.

This will be happening in a climate where ‘travelling’ has already been effectively criminalised. This will drive an exponential increase in unauthorized roadside camps and could create tensions and hostility between settled and nomadic groups.

We see this as a direct attack on our culture and heritage and on our children’s futures and their right to define who they are in their own terms. We see it as a racist attack in that it seeks to marginalise us and deny us a rightful and legitimate place in this society. Our ethnicity is being challenged unless we can prove we are Romany Gypsies, Irish Travellers, to do this we have to prove we travel for work purposes, yet at the same time when we do travel we have no where we can stop. We are in a catch 22 situation that threatens our very existence. We owe it to our ancestors and to our future generations to protect and maintain our cultural and traditional way of life.

The petition against the new laws can be found by following this link: https://you.38degrees.org.uk/petitions/support-uk-s-romany-gypsy-traveller-people-to-bring-down-a-new-law-which-seeks-to-deny-us-a-home?bucket&source=facebook-share-button&time=1453892721