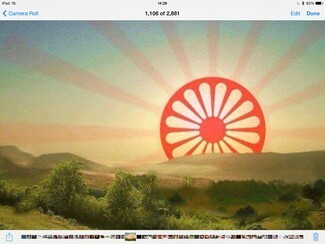 Genty Lee, Chair of The Romany-Gypsy Guild explains the reason and hope behind the “Gypsies and Travellers against rubbish campaign”.

Back in August 2018 my husband and I attended the Reading Festival aftermath. We went to collect one man tents and sleeping bags for our local homeless group, the big warm up, who are an amazing local group of people that run a street kitchen feeding on average 80 of our homeless weekly. The main organiser Ant is a family friend of ours and we wanted to help support the great work he and others do because he truly is an inspirational young man. We arrived to collect the tents, I was immediately struck by the amount of waste, a vast sea of camping tents, mostly brought new and used once for the festival, then next to hit me was the mess. 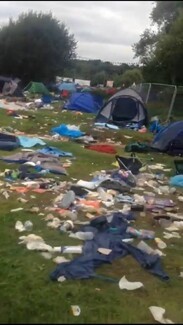 The aftermath of the Reading pop festival (c) Genty Lee

We had to literally watch our step as the field had been used as a toilet - and the amount of rubbish? I’ve personally never seen anything like it. The organisers had provided both toilets and bins, it was infuriating to see bins empty and rubbish strewn all over the fields and human excrement everywhere. Standing still looking around, for as far as the eye could see all there was, was rubbish and £1000 of pounds worth of tents, camping chairs and sleeping bags. It struck a raw nerve with me in that moment, how society like to personally make me feel bad for the mess a small minority of Travellers leave behind, I wondered who’s made to feel bad for this festival bomb site? It also occurred to me that this aftermath of waste, filth and rubbish wasn’t written about in any of the local new papers that I had seen. Yet it seems every week there’s a story on an unauthorised encampment and seldom about local authority not for filling their duty of site provision but instead the report is all about the rubbish that’s left. This in itself grates my nerves as it seems to be when crime is committed by a member from a minority group the crime is linked to the ethnicity, yet when a crime is committed by those of privilege it’s because of them as an individual and no mention of ethnicity least of all the persuasive writings, we read in the tabloids, that the ethnicity has played a part in the crime!

I shared the video footage and photos of the filth left by Gorgers (non-Gypsies) to the Romany-Gypsy Guild (TRGG) FB group. It was then we decided to start our own campaign where we ourselves video and take photos of the places after we leave and encourage others to do the same, similar to the Muslims that took part in the “not in my name campaign” against the Isis terrorists. We put together these photos of the light and life convention before and after (the top photos are of the convention) and the bottom photos are of Glastonbury before and after. We did this as a comparison because we it will never be shown in the mainstream media. 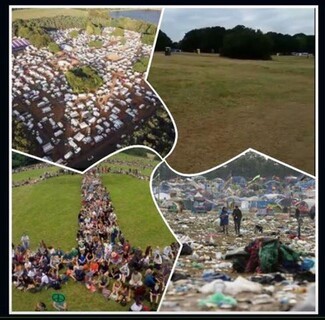 Glastonbury rubbish and the spotless Light and Life Convention

I will add my personal view that I believe, we as a people group are among the cleanest of all peoples and it’s important we show ourselves to be. TRGG hope to see this campaign take off and prove how the majority of Gypsies and Travellers leave places spotless and at times better than we found them. Others are also beginning to evidence how they leave places and it’s vital that this campaign really has a snow ball effect, to help change people’s perception. Its common practice for fly tippers to dump rubbish after an encampment moves on, knowing very well who will get the blame.

Recently video footage was shared to the Nantwich news FB group by Charlotte Smith, where a Traveller can be heard pleading to face no discrimination from the permanent residents, reiterating “we shouldn’t tar all with the same dirty brush”. Charlotte shared the following: “My name is charlotte smith, I am a Romany, been in Cheshire all my life nearly, until my parents settled down in a house when I was six years old, I have suffered all my life from racial abuse both in school and on the street , when I saw the comments on Facebook about the Travellers I decided with my sisters and mother to make a stand for Romany Gypsies and Travellers, I did a video to show people these people are not the DIRTY TRAVELLERS /PIKEYS they are clean living people , the video has had over 39k views !” The battle has begun let’s stand together in the Gypsy and Travellers against rubbish campaign and show ourselves for who we really are! TRGG members have been challenging the many racist and inflammatory remarks and also reporting threats of violence on social media, two comments made have been reported to the police. These comments suggested arson attacks and Billiejo Sines, vice chair of TRGG, reported this hate crime to the police, we are awaiting an update. 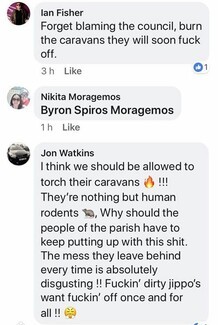 We at TRGG strongly believe we have the media, for the most part, to blame for the rise of online racism and death threats. It seems common belief now that ‘unauthorised’ encampments are ‘illegal’ and the fact media repeatedly report this false hood in their head lines that read “illegal Traveller incursions” has resulted in the new racist slur “pikey do as you likely”. Sadly, too many now believe trespass is a criminal matter and this fuels the myth that Gypsies and Travellers are above the law because expectation is for the police to turn up and mass arrest as soon as there’s an encampment in their area. Being above the law couldn’t be further from the truth and the history of, one anti Gypsy law passed after another in this country, proves we have been the victims of the law not the beneficiaries . We are hoping at TRGG that this Travellers Times article will help spread the word on the “Gypsies and Travellers against rubbish” campaign. Please join in by taking a video of the stopping place after you’ve pulled off, up load it to FB and share on public, we can use the internet to become our own media. Educated don’t hate, coined fraise of TRGG.