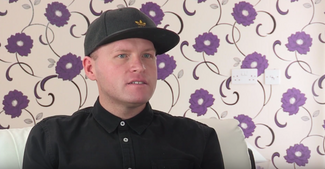 "In this day and age, the GRT LGBTQI community should not be fighting for acceptance but be free to live happy and fulfilled lives free from discrimination and prejudice."

Shortly before his tragic death earlier this month, Henry Chapman sent us an article he had written about his campaigning work highlighting the double discrimination Gay Travellers often face. With the kind permission of Henry's sister, the Travellers’ Times is publishing his last article as a tribute to Henry. Rest in Peace.

Gypsy, Roma and Traveller (GRT) communities in Britain experience wide-ranging inequalities. These are familiar to the communities themselves and to those working with them. However, published research evidence does not address all the problems in equal depth nor does it inform policy enough to overcome such issues.

As director of the North West GRT and LGBTQI Alliance Henry Chapman recently spoke at Hants Police Headquarters to discuss the inequalities that the GRT and LGBTQI community face both in society and within services.

One of the first points Chapman raised was the amount of prejudice and discrimination that these communities face. Despite the Equality Act 2010, GRT and LGBTQI groups continue to face high levels of racial and sexual discrimination, contributing to and exacerbating the inequalities they experience. Chapman expressed that it is saddening to hear that in a recent study GRT communities hide their ethnic identity in order to access employment and educational services and Travellers who identify as LGBTQI are running away from home or entering arranged marriages to avoid bringing shame on their family. This is not helped by the British media for depicting and reinforcing negative stereotypes of Gypsies and Travellers. The Government thus far, have failed to make progress on all the measures aimed at fighting discrimination. Local authorities and the Government should do more by developing resources and funding streams to support the GRT and LGBTQI community, prevent and respond to hate crime, and educate the local community to challenge their values and beliefs. 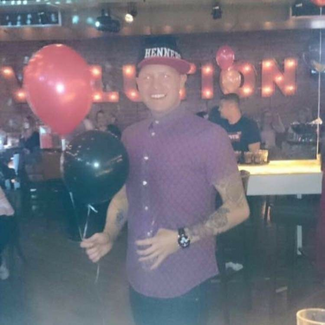 Chapman also pointed out the rise in suicide and mental health issues within the GRT and LGBTQI community which are not represented by statistics. As evidence from a number of studies state, male members of the GRT community have an increased rate of suicide compared to non-travellers which are often attributed to discrimination, unemployment and income inequalities (NIMH, 2003: Biddle et al. 2008). Chapman further drew attention to the high rates of mental illness and suicide amongst Gypsy and Traveller individuals who identify as LGBTQI because they fear how their sexuality will be received by their community and often fear for their lives. This is something that needs to be addressed as although GRT and LGBTQI services have attempted to raise awareness of the personal experiences of LGBT people within GRT communities, the support for these individuals is lacking and they are not getting access to the services they need.

The director of the GRT and LGBTQI Alliance stated that the GRT community are alienated from the wider community due to discrimination and excluded from many public services and educational and employment opportunities. But LGBT travellers not only face this exclusion, but they may also be rejected from their own communities due to not conforming to the GRT traditions and be too scared to speak out and access support. Chapman states we not only need to build effective collaborations between GRT and public service providers to raise educational and employment inclusion and tackle hate crime. But services need to do more in an effort to address the traditional beliefs in the GRT community and reduce stigma towards travellers who identify as LGBTQI and provide greater access to services to support these individuals and prevent mental illness and suicide within these groups.

In this day and age, the GRT LGBTQI community should not be fighting for acceptance but be free to live happy and fulfilled lives free from discrimination and prejudice.