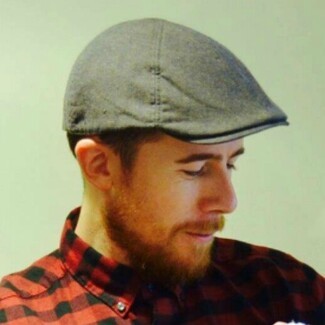 Breaking social conventions and being defiant in the most of commendable of ways, Rodney ‘Gypsy’ Smith (1860-1947) moved beyond his family-run trade of selling baskets and pegs, and instead opted to become a Minister and Preacher, at a time when Gypsies were still socially considered to be ‘less than’ the ‘regular’ man in the street. In direct defiance to the oppressive culture he would have faced, Smith opted to respond in concern for those who despised him; he was truly ‘turning the other cheek’ (Matthew 5:39 RSV).

Smith in many ways could have been considered way ahead of his time – a social renegade who ignored his marginalised status as a Gypsy to pursue a cause greater than himself. In more modern times, we have seen the likes of Barack Obama – an African-American man born at the height of the Civil Rights movement who would go onto become the President of the United States of America – proving that we are only limited by the barriers in our minds and not by the presentation of our race.

Rodney Smith’s legacy of reaching out beyond the confines of his community to help those in need – spiritual or otherwise, was indicative of his Christian roots, and served as a great example to other Travellers, in both Smith’s day and the modern age. Smith’s ministry also included several female preachers – a move that was also counter-cultural and forwardly thinking. In recent months, the ‘Catholic Travellers Group’, a collective of Christian Travellers based both in England and Ireland, have been mentioned in the national press for their continuous work of donating and providing goods to the homeless and needy. Outreach missions to the poor and disadvantaged is by no means something exclusive to the Travelling community, but it can have incredibly positive results when it happens, as the account of the Catholic Travellers Group has proven.

When cultural expectations are turned upside down, people take notice. I would argue that the UK’s Gypsy and Traveller population, because of their incredible disadvantages, are actually in the most advantageous position when it comes to the facility and ability to change a nation’s opinion. The late, great Dr Martin Luther King Jr. once said ‘Hate cannot drive out hate; only love can do that’. The recent example by the Catholic Travellers Group, and the historical response by Rodney ‘Gypsy’ Smith, serve to remind us that the easy response to rejection is hate, but that the noble answer is through love and kindness. Love in this instance, was delivered through a vehicle of Christianity, but it could be through political activism, fairer policing, medical research and so on – all of which are avenues which the Travelling community should be encouraging their young to enter. There’s a well-known quotation that says ‘if you want to see the change, you have to be the change’.

In the Bible, Jesus delivered a parable (*a story with an intentional but hidden meaning) which was known as ‘The Good Samaritan’ (Luke 10:25-37). Essentially the story tells of a man (presumed to be Jewish) on a journey, who is robbed and left for dead by the roadside. Three people are reported to have walked along the same route. The first two ignore the wounded man, and continue on their journey; they were a Priest and a Levite (*a man with religious and political responsibilities). Finally, a Samaritan comes past. The Jews and the Samaritans despised each other, and although they lived in the same land, they were culturally worlds apart. Despite this, the Samaritan helps the injured Jew, and takes him to safety, paying for his medical treatment and for a roof over his head.

As a Traveller or Gypsy, the implications of this famous story are turned on their head. For many people, they assume the position of the outsider, listening in on the parable, and implementing the ethical standards that Jesus set out. But for the Traveller, one’s position becomes that of the Good Samaritan – the outsider, the outcast, the marginalised. In this instance, Jesus recognises the injustice felt by the Samaritan. However, the Samaritan was not rewarded by following the pattern of ignorance demonstrated by the Priest and the Levite. Instead, he was uplifted because he responded through a counter-cultural action, rather than the prejudicially expected response.

At this time, there are many avenues of Traveller involvement and expansion – through the political and legal route (for example, the Wetherspoon’s case), through the media route (publications such as The Traveller’s Times) and through the social route (The Traveller Movement & Leeds Gate). It was only a few decades ago that this level of involvement and activism would have been unthinkable. In many ways, it gives even greater weight to Rodney Smith’s ventures, considering his social climate at that time.

Rodney responded as the Good Samaritan did – placing loving justice above that of his own social expectations and cultural insecurities. Justice, for many Travellers including the aforementioned avenues of Traveller involvement, is the ultimate goal. But as I mentioned earlier, one has to be the change one wants to see. As the Black rights activist and philosopher Professor Cornel West once said, ‘Justice is what love looks like in public’. Justice and equal rights, it would seem, may only be a selfless action away…