Destruction of a way of life 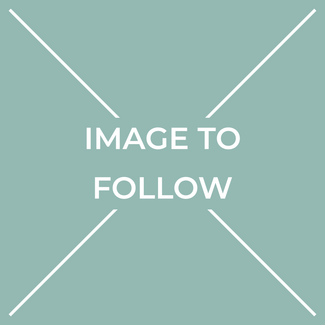 Extermination of a People through destruction of a way of life

In the current tensions surrounding the Dale Farm story, I have explored the UK State's laws and policies that have led us to the point where the State is making people people homeless by evicting them from their own land. I regret to have discovered a history of law and policy intent on the destruction of the Gypsy and Traveller way of life.

The housing crisis of Travellers and Gypsies

Whilst travelling and caravan living are by no means necessary indicators of cultural group membership, for some Travellers and Gypsies, they are crucial aspects of a way of life. Travelling and caravan living can fulfil a number of social functions, form part of identity and make for adaptability and flexibility as well as social cohesion; “For some, nomadism is a way of life; for others it is a state of mind” (BIHR, 2005).

Whilst there are an estimated 300,000 Gypsies and Travellers in Britain today (Matthews, 2008:2), a recent report of the Equality and Human Rights Commission has found that the entire population’s nomadic accommodation needs would be met if just one square mile of Britain’s 93,000 square miles was permitted to be used as authorised camp sites (2010:9).

The majority of caravan homes are on authorised sites. However, over half of these sites are currently in locations that are not suitable for residential living with 26% directly adjacent to motorways, 13%  next to aircraft runways, 12% next to rubbish tips and 4% next to sewage farms (BIHR, 2005). Those Gypsies and Travellers with no authorised place on which to pitch their caravan homes are forced to camp illegally either on their own land without the requisite planning permission or on the land of others. Often such unauthorised sites lack basic facilities and can be situated in highly dangerous places. The position of having no authorised place to live often entails a vicious cycle of eviction, expulsion from a Local Authority’s area, reluctant travel to a new unauthorised site followed by further eviction etc.

This way of life, on the fringes of legality and of society leads to much disruption in terms of being able to successfully maintain regular employment (meaning poverty rates are high) as well as in terms of accessing essential services such as education and health care (meaning that the health status of Gypsies and Travellers is much poorer than that of the general population, for example, the life expectancy of Traveller men is 10 years less than the national average) (Cemlyn et al., 2009:49) .

The origins and perpetuation of the crisis

The origins of this shameful shortage of “authorised” homes, leading to such social inequality, are the UK State’s own restrictive laws and policies that over a course of 500 years, have effectively removed communal land rights and choice over land use from its citizens. These law and policies have had a disproportionally discriminatory effect on Gypsies and Travellers who see travelling and caravan living at the heart of their cultural life.

Early State laws against Gypsies and Travellers were overtly genocidal in nature. For example, in 1554 the State enacted a law stating that Gypsies were to be liable for punishment by the death penalty (Mayall, 1995:24).

The end of the “Atchin Tans”

Subsequent laws, although less violent in nature, were equally intent on destruction of the Gypsy and Traveller way of life. In 1810, George III enacted the “Hawkers and Pedlars Act” which was closely followed, in 1822, by the “Vagrancy Act” and the “Turnpike Road Act” (Hawes & Perez, 1996:16). These Acts required Gypsies to be licensed as such and consolidated the definition of Gypsies and Travellers as vagrants as well as providing that any Gypsies found camping on the side of the road should be liable to a fine. In 1824 George IV enacted an even stronger Vagrancy Act which was aimed more specifically at Gypsies and their cultural practices including their forms of earning money and living.  Forceful evictions of traditional communal stopping places such as Corke’s Meadow, Belvedere, Erith Marshes and Darenth Woods continued into the post WWII era and in a few short years  had been cleared for redevelopment despite holding significant cultural meaning as “atchin tans”[1] to the Gypsies and Travellers they had serviced for generations.

Kicked while they’re down

Having been banned from roadsides and evicted from commons and traditional stopping places as well as being prosecuted simply for sleeping outside, the places Gypsies and Travellers could continue their cultural way of life were severely limited yet the State continued to find ways to further restrict them. In 1906 the Middlesex County Council Bill (clause 31) imposed the first penalties on landowners who permitted the use or occupation of their land by Gypsies and Travellers (Mayall, 1995:68). The 1960 Caravan Sites and Control of Development Act was designed to regulate and control privately owned caravan sites and provided that no occupier of land could use it as a caravan site without a site licence and that a site licence could not be obtained unless planning permission had been granted for the use of the land for such a purpose, thus leading to a further decrease in availability of sites (Willers, 2010). Significant advancements in planning laws further restricted and criminalised Gypsy and Traveller activity. The 1990 Town and Country Planning Act held, with limited exceptions, that the stationing of a caravan on land required planning permission, non-compliance with which was made a criminal offence. The 1991 Planning and Compensation Act further strengthened local government enforcement powers against breaches of planning control.  Yet when Gypsies and Travellers do apply for permission to use their own land for caravan dwelling, 90% of applications are refused with a marginally better result on appeals (which can be long, bureaucratic and expensive) (Hawes&Perez, 1996:53). As Home points out, planning law seeks to define the right to use land according to traditional sedentary concepts, but the Gypsy way of life does not easily fit into these concepts; Occasional, seasonal and intermittent use, a variable mixture of residential, work and storage usage, are all part of the travelling culture (1984 in Hawes&Peres, 1996:37). Thus the rigidity of the planning laws creates a situation which is inherently discriminatory as they presume a sedentary norm which “militates against different styles of existence” (Home in Hawes&Perez, 1996:37).

In 1994 the Criminal Justice and Public Order Act, still in place today, was enacted. Specifically, the 1994 Act extended the power of local authorities to direct unauthorised campers to leave their area and failure to comply with such a direction became a criminal offence. The 1994 Act criminalised all Gypsies and Travellers without access to authorised pitches

The new coalition Government has abolished regional planning bodies which were to oversee maintenance and provision of registered sites. Finally, the new communities and local government minister, Eric Pickles, has announced his intention to change planning laws to stop applications for retrospective permission to allow caravans on private land in a move which will certainly reduce the chances of a “level playing field” for Gypsy and Traveller planning applications even further (Hill, 2010).

The minority of Gypsy and Traveller caravan homes are on unauthorised sites due either to a deficiency in Local Authority provision or an inability to obtain planning permission for caravan use on their privately owned land.  Taken individually the laws, policies and practices still invoked against Gypsies and Traveller today may not seem so overtly genocidal at first glance as those of the distant past, but an in-depth investigation of how they work together reveals that the space, both physical and metaphysical, in which Gypsies are able to exist in accordance with their cultural identity is stifling small.

The final solution to the Gypsy and Traveller housing crisis cannot be to continue this 500-year-old cultural genocide. It must be to protect travelling and caravan living as a way of life.

You can contact Rose Firth via email at rose_firth@shelter.org.uk

Convention on the Prevention and Punishment of the Crime of Genocide (The  Genocide Convention). Adopted by Resolution 260 (III) A of the U.N. General  Assembly on 9 December 1948. Entry into force: 12 January 1951.

Clark, C. and Greenfields, M. (2006) Here to stay: The Gypsies and Travellers or Britain (Hertfordshire: University of Hertfordshire Press)

Fonseca, I. (1996) Bury me standing: The Gypsies and their journey (New York: Random House Inc.)

Mayhew, H. (2009) London Labour and the London Poor:  A Cyclopdia of the Condition and Earnings of Those That Will Work, Those That Cannot Work, and Those That Will Not Work, Vol. I (New York: Cosimo, Inc.)

Barta, T. (2000) ‘Relations of Genocide: Land and Lives in the Colonization of Australia’ in Walliman and Dobrowski (eds) Genocide and the Modern Age: Etiology and Case Studies of Mass Death, pp.237-252

Bartrop, P.B., 2001. The Holocaust, the Aborigines and the bureaucracy of destruction: an Australian dimension of genocide. Journal of Genocide Research. 3(1) pp. 75-87

Cemlyn S. (2008) Human rights and Gypsies and Travellers: an exploration of the application of a human rights perspective to social work with a minority community in Britain. British Journal of Social Work 38(1):153–173

Katz, S.T. (1996) ‘The Uniqueness of the Holocaust: The Historical Dimension’ in Rosennaum, A.S. (ed) Is the Holocaust Unique?: Perspectives on Comparative Genocide (Boulder, Colorado: Westview) pp. 49-68

Moses, D.A. (2000) “An Antipodean Genocide? The origins of the genocidal moment in the colonization of Australia”, Journal of Genocide Research, 2(1) pp. 89-106

Tremlett, A. (2009) “Bringing hybridity to heterogeneity in Romani Studies”.

Green, A. (2009) Birmingham Stories: From Communities of Interpretation to Communities of Understanding: Travelling Communities: Voices from the Margins  [Online] Available at: http://www.connectinghistories.org.uk/birminghamstories/guides/downloads/bs_rg_travellers.pdf [Accessed 30 August 2010]