The programme made claims it would showcase “Britain’s largest and most exclusive Gypsy gathering”, Appleby Horse Fair. The reality was a film reel of Gypsy caricatures, exaggerations, and a deliberately sensationalised depiction of the Fair.

It could have been worse, however. The title of the show itself was inflammatory and wildly misleading, but the content was nowhere near as bad as the original edit of the programme which I was shown before broadcast. Like the Channel 5 shows “Gypsies on Benefits and Proud” and “The Gypsies Next Door” which came before it, the first draft was packed full of misinformation and harmful stereotypes about Gypsies and Travellers.

For too long the Romani and Traveller communities have been at the mercy of the media with very little control over how we are represented and how our image is used. These types of programme are a massive step back in the struggle for fair and equal representation. It seems that Romani and Traveller people are fair game for these so-called ‘documentary filmmakers’ who will stop at nothing in their pursuit of cheap ratings, happily throwing an entire ethnicity under the bus along the way.

Although the program wasn’t anywhere near as bad as it was going to be originally, thanks to the objections and demands of Romani Gypsy Billy Welch, there are still some in the community who feel misrepresented by the programme.  It is no secret that these days the fair is mainly dominated by people from the settled community. For an outsider media crew, it could be difficult to understand who is a Gypsy or Traveller and who is not. Also some of the age-old stereotypes still crept into the narrative and views of the common garden variety racist were given far too much airtime. The programme mainly shone a spotlight on the drunken antics of young men, rather than the Fair’s true meaning, its traditions, and the old Romani and Traveler families who attend year after year. 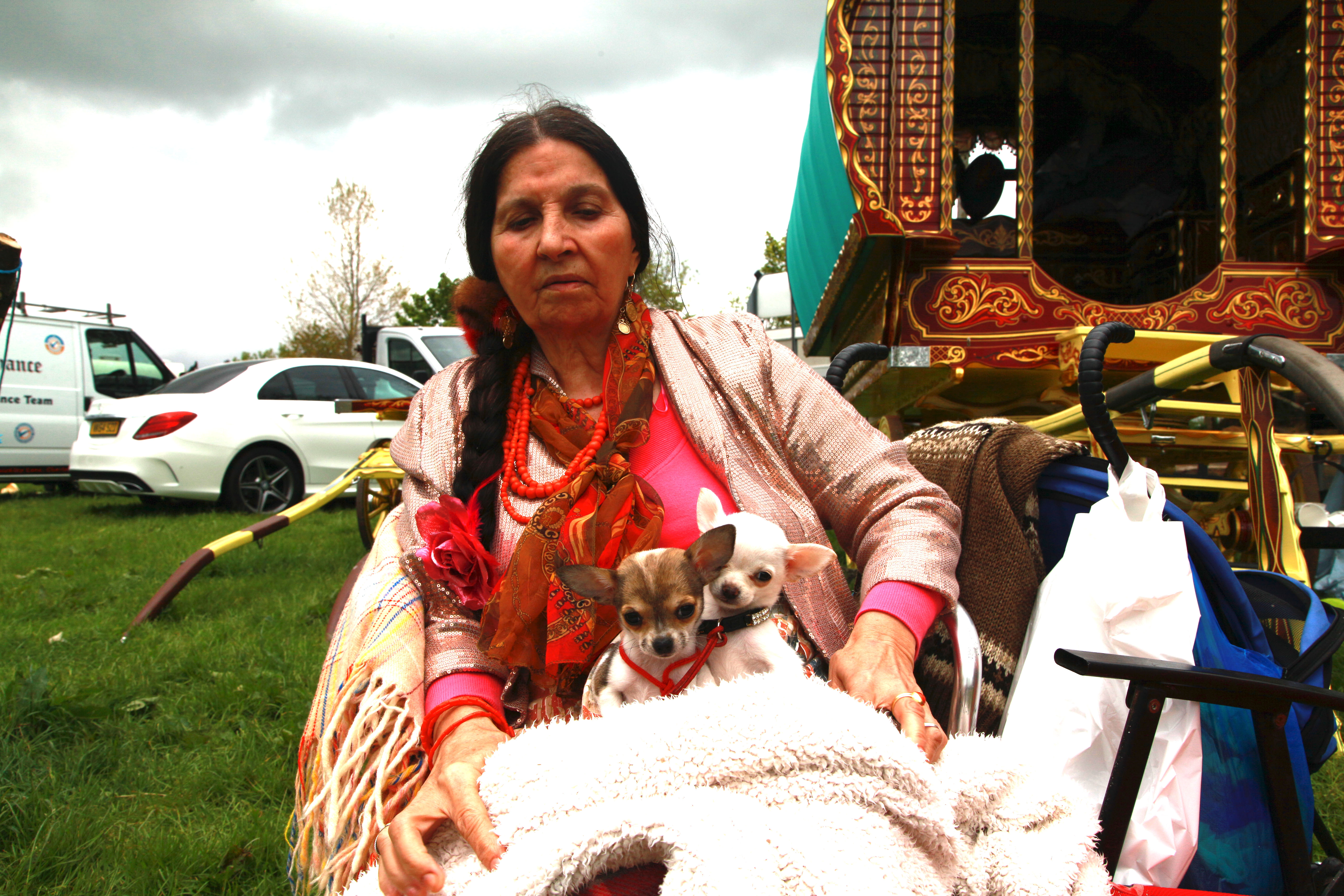 Romani leader Billy Welch told Channel 5 that “if this show aired as it is, it would be very damaging and upsetting for our people and they can undoubtedly expect a response.” This was clearly taken on board by the filmmakers. The broadcast programme was significantly improved from the first edit we were shown. But required a lot of emotional labour from our side, and in the end, it still left us with a programme that was a barely tolerable representation of Travelling peoples.

For the record, Appleby Horse Fair is an ancient tradition for our people and the largest fair of its kind left in the world today. It holds a lot of cultural, even spiritual, significance and keeps us connected to our past and conscious of where we came from. Appleby is one of the few places on earth where Gypsies and Travellers can be themselves without feeling like the other. The fair is as much a part of British history as it is part of Travelling history. I’d like to believe the two are one and the same. The fair is said to go back as many as twelve hundred years and was chartered as a Gypsy horse fair by King James II in 1685. But the fair has been enjoyed by people from all walks of life, not only Gypsies and Travellers, ever since its beginning. Nowadays Gypsies and Travellers are the minority when it comes to people visiting the fair, with people from the settled community accounting for around 70% of attendance. Appleby Fair is and has always been, for everyone and we encourage and welcome anyone to come and experience it to see how wonderful it truly is. The last thing this ancient cultural gathering need is rogue media teams coming with an agenda solely to exploit and misinform.

The media have a moral obligation to work with Romani and Traveller people when producing things about Romani and Traveller people. This has to happen if they want to get it right and avoid dangerous stereotyping and wild inaccuracies that only set our people back further. In future, they need to understand that we are not there to exploit and profit from. Too often the community does not benefit from engaging with the media and usually comes off looking the worse for it. This cannot happen any more. In the future, there is going to be an active response. It’s time we started demanding fair and equal representation when we engage with media teams. 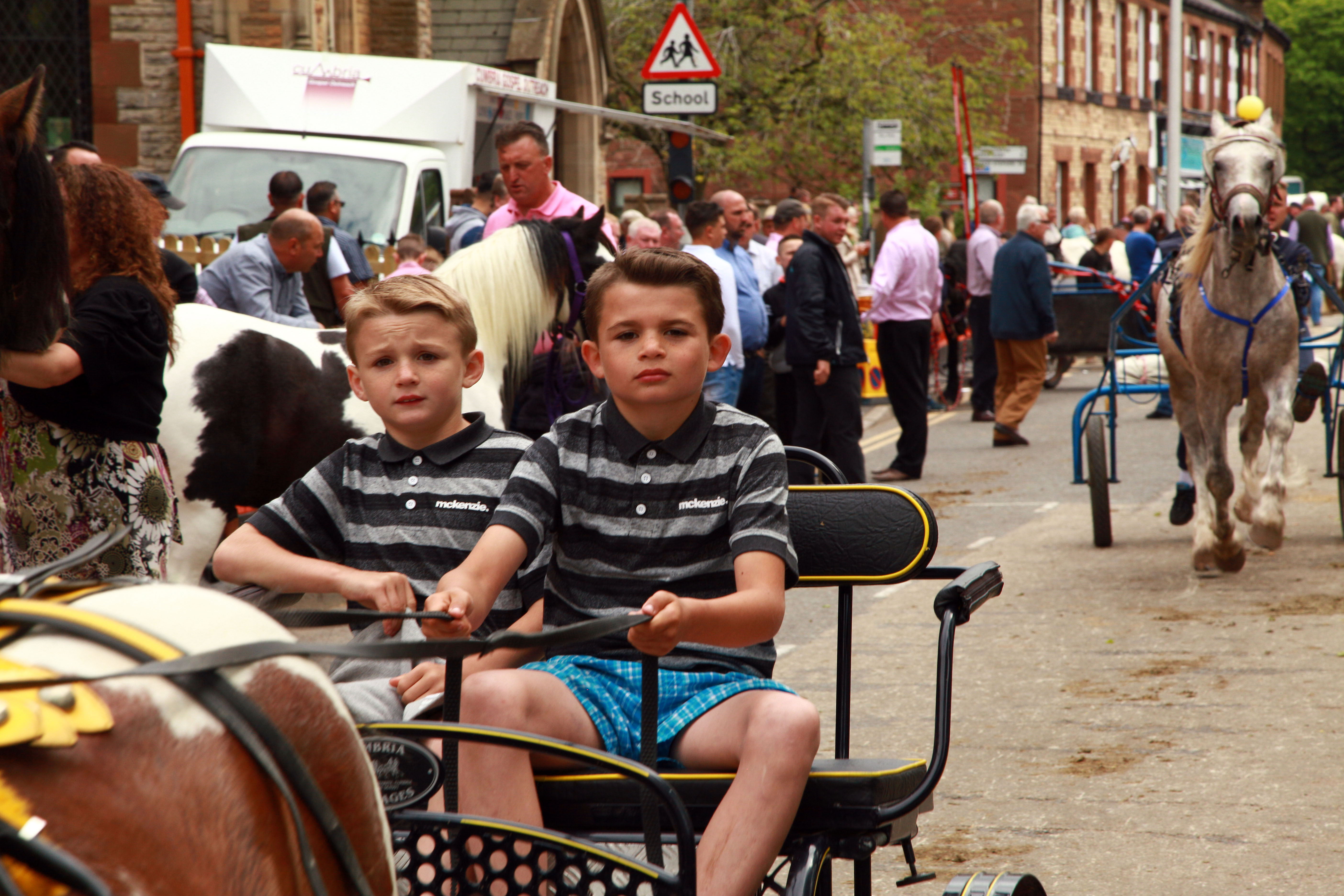 This time preventative action was taken and the programme was re-edited after the filmmakers heard our concerns but wasn’t really enough. The title was still awful, and a lot of people are justifiably still upset with the programme. Is this a win? No, we should not have to settle for “it could have been worse” as the best possible outcome. The producers still made what they set out to make: a sensationalist mashup of stereotypes and exaggeration, with the only ones to profit from it being the big wigs at Channel 5.

Billy Welch is a Romani community leader who runs the camp on the Fair Hill at Appleby, as well as acting as a liaison between the Travelling communities and the local police. He had this to say:

“I insisted that I see a preview of the programme before it was released, as I had a very bad feeling about it. I had not only witnessed them trying to put words into people's mouths at the fair, but they even had the audacity to try it with me. They were clearly trying to provoke a reaction, create problems, and invent scenarios, just so they would have something to film. And when they realised they weren't going to get what they were looking for they began to follow drunk and vulnerable people around the village - capturing footage of behaviour which has no particular relevance to the Fair.

If they wanted this kind of footage they could have visited any town in any country on a Saturday night. But to come here and try and stigmatise Appleby Fair as the only place this kind of behaviour takes place is massively unfair and untrue. It is nothing more than a callous, malicious attempt to further perpetuate the stereotypes which our people have suffered from for too long. It’s time things started to change. Contrary to what some would have you believe, the fair went very smoothly and the crime rate was practically zero, with there being only eight arrests over a period of a week, and not one report for violence or fighting. Spirits were high and there was a lovely atmosphere. The relationship between Travelling peoples and the police has never been better.”

If you feel let down by this programme as we do, we urge you to submit a complaint to Ofcom, the broadcasting regulator for the UK. If you wish you can use the template here to do so.