Anti-Gypsyism: the last acceptable form of racism in Europe? 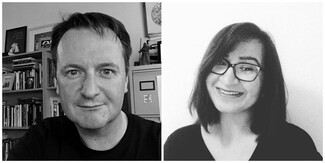 Anti-Gypsyism is a particular form of racism that has been spreading across Europe for centuries, and it is now time to take action on how it can be challenged argue Brigitta Balogh and Colin Clark.

Anti-Gypsyism is a form of prejudice, discrimination and racism against Europe’s largest ethnic minority group. The European Commission against Racism and Intolerance (ECRI) of the Council of Europe has defined anti-Gypsyism as a “specific form of racism, an ideology founded on racial superiority, a form of dehumanisation and institutional racism nurtured by historical discrimination, which is expressed, among others, by violence, hate speech, exploitation, stigmatisation and the most blatant kind of discrimination”.

Despite the Genocides committed during the Second World War, Roma, Sinti, Gypsy and Traveller communities across Europe still suffer from everyday stigmatisation and violation of their basic human rights. Many Roma and Sinti were killed during the Holocaust, which many members of the communities refer to as the Porajmos (devouring). Estimates of Roma and Sinti deaths are approximately 800,000, but current research suggests that these numbers are underestimated.

We can witness ourselves that Anti-Gypsyism is so deeply embedded into modern societies – it has become so banal almost - that we are oblivious to it and fail to recognise it. Indeed, challenging the narrative of Anti-Gypsyism can be difficult if we are unable to draw a line between what constitutes anti-Gypsy behaviour and what is not. How do we make these decisions? Where is the line to be drawn? That is, what ‘counts’ as Anti-Gypsyism? Is it racially motivated hate crimes or hate speech delivered by public servants? Is it instances of institutional racism or misrepresentation and caricatures in the mainstream press? Might it be geographical or educational segregation?

These are just some examples of what might be considered as anti-Gypsyism and how it can create severe disadvantages for members of the communities. The structural and individual impact of Anti-Gypsyism cannot be underplayed and it serves as an obstacle that can prevent community members in gaining access to everyday human rights and public services.

Where can evidence of Anti-Gypsyism be found? What forms does in take across Europe and the United Kingdom?

As an example, back in 2015, YouGov conducted research showing Roma communities to be the ‘least tolerated minority group’ in Western European societies (with Muslims as a close second). These results are unsettling but not surprising. The YouGov research merely confirms findings from a Fundamental Rights Agency (FRA) research report, entitled A persisting concern: anti-Gypsyism as a barrier to Roma inclusion, that also demonstrated exactly how few European citizens wanted Roma as their everyday neighbours. The FRA found concrete evidence that due to everyday discrimination against Roma communities the Racial Equality Directive (2000/43/EU) is simply not effective. Tackling hate crime against the communities is more pressing than ever. The human rights violations appears to have no limits and recent events in Ukraine also strongly highlight why such attacks ought to be a wake-up call for all Member States to take decisive actions against hate crimes.

In a very real sense, Anti-Gypsyism poses a hurdle and barrier for Roma, Sinti, Gypsy and Traveller people to acquire access to human rights and equal opportunities. It is evident that many members of our communities start life with serious inequalities as many people from the general public have already stigmatised them as criminals and troublemakers.

Further, it appears that tackling anti-Gypsyism for European Union bodies, Member States, Governments and NGOs is a Sisyphean task; we can witness them failing but at one and the same time not holding Members States accountable for forced evictions and deportations, rampant prejudice in the media, allowing politicians to deliver hate speech via public platforms – all are a clear indicator that anti-Gypsyism is alive and well and somehow not being openly condemned or prosecuted.

Redefining anti-Gypsyism in a way we know it, is crucial to set clear boundaries and guidelines in a world where anti-Romani rhetoric is accepted in societies. It can be observed in mainstream media where the Sun and Daily Mail calling the communities plagues. Furthermore, we hear hate speech delivered by politicians such as Douglas Ross MP who was recently asked what he would do if he were to be Prime Minister for a day, stated: “I would like to see tougher enforcement against Gypsy Travellers.” Also, we witness atrocities against the communities that are racially motivated. We recommend that in the spirit of collective responsibility, we eliminate all factors that promote hatred of any kind with community involvement.

In moving forward, we would suggest the following statement as a tentative beginning:

“Any action or behaviour, either written or oral, that is prejudiced, discriminatory or stereotypical and seeks to direct acts of racism towards Romani, Sinti, Gypsy and Traveller communities. Anti-Gypsyism can take many forms, such as hate speech, hate crime, cyber bullying, social exclusion and these actions might directly or indirectly further disadvantage members of the communities under discussion. Such forms of anti-Gypsyism must be classified as a civil and/or criminal offence under national law.”

What is important here is the tone, meaning and intention of the Anti-Gypsyism narrative. We must be able to clearly identify and categorise statements that break existing laws. For the purposes of the new definition, we give some examples of scenarios that offer further guidance on anti-Gypsyism:

In the final analysis, we need to come together and try to change the destructive narrative of Anti-Gypsyism by educating the general public, journalists and our elected officials. The European Union Framework for National Roma Integration Strategies up to 2020 will come to an end soon and despite the progress reports submitted by Member States and feedback from the relevant EU committees, the reality is that the situation for many people in our communities is that they are living in conditions of everyday poverty and exclusion. The Integration Strategies have not brought about the required material, social and political changes and they have failed to engage with members of the communities in the decision-making process and help shape policy at a national level. The time for asking questions is over, it is now time to introduce effective measures to tackle anti-Gypsyism at its root source.

In closing, we believe that spreading information, educating people and enabling history to change its course for the better are all positive developments and we ask you to please share this blog and retweet with one or two of the following hashtags: