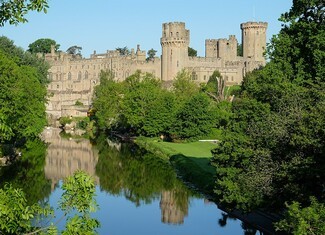 The Warwickshire Police and Crime Commissioner has apologised for saying that Warwickshire should be made “Uncomfortable for Gypsies, Roma and Travellers to come to,” saying that the remarks came during a long meeting about unauthorised camps and should be taken into context with the other work that he has done accommodating Gypsies and Travellers on unauthorised camps in the County.

Commissioner Philip Seccombe’s remarks came to light among Gypsy and Travellers communities when a report about the meeting in the local news platform Kenilworth Nub News was widely shared on Facebook.

Many Gypsies and Travellers where horrified by the remarks and expressed their dismay on social media.

Romany Gypsy Betty Packman Billington-Smith said that the remarks made her feel like a second-class citizen.

“PCC Seccombe needs to be reprimanded because that is definitely a racist comment,” added Packman Billington-Smith, who is head of Dorset-based GRT rights charity Kushti Bok.

“The Police Crime Commissioner’s statement has made me feel like a second-class citizen. If my Dorset Police and Crime Commissioner said words such as this I would demand he be investigated by Police for inciting hatred. I don’t know how other Travellers reading PCC Seccombe’s comments feel but it has had a bad impact on my mental health. I cannot begin to imagine what all the Romany Travellers who are settled in Warwick feel.” 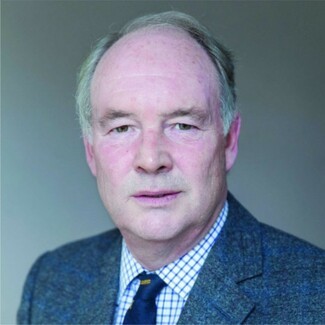 The Travellers’ Times contacted the Commissioner for comment. The Commissioner apologised for causing distress and not choosing his words more carefully but doubled down on the need to deal with ‘a minority who cause damage and disruption’.

“I fully accept that I should have chosen my words more carefully to make this point more clearly, particularly as I have previously emphasised the need for tolerance on all sides on these issues,” said Police and Crime Commissioner Philip Seccombe. “It was not my intention to cause any distress and I apologise if I have done so.”

“My approach in Warwickshire has always been to bring all parties together to work constructively on what is a long standing and challenging issue and that is something I committed to continue doing.”

The Travellers’ Times understands that Commissioner Philip Secombe has also agreed to a telephone call with Betty Billington Packman-Smith. 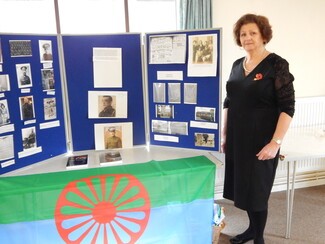 Betty Billington at a Remembrance Day event in Dorset to remember the Gypsies and Travellers who served in the forces. Betty will be having a telephone call with Commissioner Philip Secombe, who served in the Territorial Army for 20 years (c) Mike Doherty

Further research by the Travellers’ Times has found a Police and Crime Commissioner document laying out the agreed protocol for Warwickshire councils and police to follow when dealing with encampments. Called the Warwickshire Protocol 2017, the document from the Warwickshire Police and Crime Commissioner’s Seccombe’s Office puts forward two options for Warwickshire councils and police to follow with unauthorized camps following an initial assessment. One option is a “scheduled eviction notice”, the second option is a “tolerated trespass arrangement” which would include a code of conduct for the residents of the camp.

In the assessment of which option to follow by police and councils, the following advice is given in the document:

“Key issues to take into account are the intentions of the Gypsy and Travelling community, their actual behaviours, any welfare issues and the potential for criminal or anti-social activity associated with the unauthorised encampment. It is also very important to be cognisant of any criminal or anti-social activity being perpetrated by members of the settled community towards the encampment. Such behaviours and disruption will be viewed seriously. Whether the encampment is on land that is private; residential; public or business related is irrelevant.”

The Travellers’ Times also approached Warwickshire County Council to find out if the Protocol was still in force and asked about their approach to temporary Traveller encampments in their area. The County does not have a Gypsy and Traveller transit site.

“Warwickshire County Council has a piece of land that can be used as an emergency stopping place when required, but it is not a transit site.

The protocol is still in force in Warwickshire and we ensure an appropriate assessment and response is provided to each individual encampment. Where possible we will look to negotiate stays with encampments to accommodate and support their requirements for length of stay.” 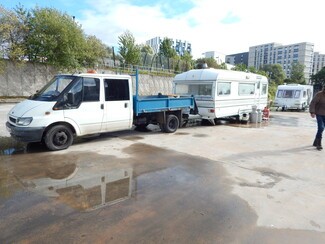 “My comments came as part of a long discussion about unauthorised traveller encampments and the impact these can have on communities in Warwickshire. The discussions highlighted the work that is ongoing to ensure that, when unauthorised encampments occur, there is a proportionate response which takes into consideration the needs of all parties, while seeking to resolve the difficulties that residents can experience in the fairest possible way.

“We were very clear during the discussions that this is a very emotive subject which provokes comment from those in the Gypsy, Roma and Traveller community and the settled community alike. Opinions often become polarised, which is unhelpful, but the work I and my office have carried out has always sought to be proportionate, justified and takes into account the particular circumstances of each situation and the needs and rights of all involved. This is the same approach that is taken by Warwickshire Police when responding to reports of unauthorised encampments.

“Just as with all parts of society, there are some elements in the travelling community whose behaviour tarnishes the majority who are respectful of others and cause no problems of any kind when they visit the county. It is to this minority, who do not wish to engage constructively with authorities and cause considerable disruption and damage in our communities, that my comments were aimed.

“I think it is right that it is made clear that such behaviour, which adversely impacts on both settled and non-settled communities, will not be tolerated. At the same time we must acknowledge that more can and should be done to ensure that there is greater understanding and better support for those in the Gypsy, Roma and Traveller community within our county who do not behave in this way.

“I fully accept that I should have chosen my words more carefully to make this point more clearly, particularly as I have previously emphasised the need for tolerance on all sides on these issues. It was not my intention to cause any distress and I apologise if I have done so.

“My approach in Warwickshire has always been to bring all parties together to work constructively on what is a long standing and challenging issue and that is something I committed to continue doing.”