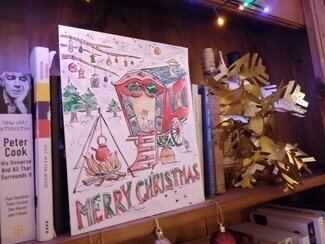 After a successful run in 2020, Traveller Pride is once again launching a scheme where LGBT+ Travellers in the UK can claim a Christmas card from the organisation to help promote a sense of inclusion and to combat isolation; but one card will deviate from the target audience as it makes its way to Home Secretary Priti Patel MP.

“It hasn’t been a year where the relationship between Travelling communities and the Home Secretary has been the best, this Police Crime Sentencing and Courts bill has a lot of us feeling put upon and despairing at times, so we thought we’d extend a gesture of peace upon earth and goodwill by sending her one of our beautiful cards,” said Tyler, Traveller Pride’s founder and director. 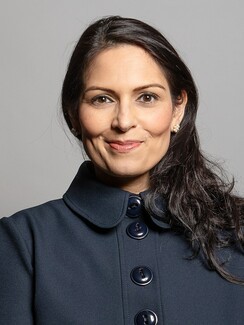 LGBT+ Travellers can request a card up until 17th December by a form on the Traveller Pride website. On that same form, Travellers are able to leave a suggestion for something to write in Priti Patel’s card.

“Our hope is that by sending a bit of goodwill we will get a Christmas miracle, or at the least it might show that we’re more than the stereotypes that have led to this bill and that we’re better than that.” Tyler continued.

Traveller Pride recently went from being an unregistered collective to a Community Interest Company, with the hope being that this will mean more events and services in the future. It is the first LGBT+ Organisation for Travellers in the UK.