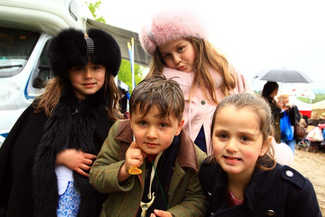 The Travellers’ Times can reveal that lawyers and campaigners are ready to act after the government recently announced that new ‘hostile’ anti-Traveller laws, which could include the criminalisation of trespass, will be delivered this autumn.

The laws are set to follow the Government’s consultation on unauthorised camps and sites late last year and the Conservative Party’s 2019 General Election manifesto promise to criminalise trespass.

"At the time the consultation was in progress we made it clear why we felt that the Government’s proposals were discriminatory and unlawful,” a senior lawyer from Community Law Partnership told the Travellers’ Times.

“If the Government bring in these proposals, then we are already instructed to take forward court challenges.”

Last week, Home Secretary Priti Patel told MP’s that new laws based on the 2019 government consultation on unauthorised Traveller camps and sites would be brought forward in autumn. 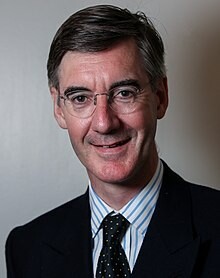 Earlier this month, Jacob Rees-Mogg, Leader of the House of Commons, told MP’s that the Government intended to deliver on its election promise to make trespass a criminal offence.

The consultation on unauthorised camps and sites was announced on November 5th, three days after the general election was called, prompting many Gypsy, Traveller and Roma campaigners to complain that the Government were using them as a political football to win votes.

The Conservative 2019 election manifesto promised to: 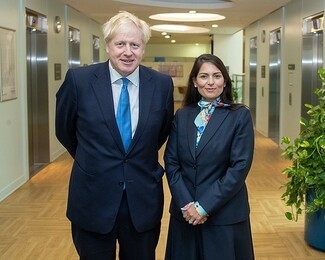 The Conservative Party won a thumping 80 seat victory in the November 2019 election, meaning that there is very little opposition parties can do to stop the Government making new laws.

However, The Scottish Government will not be bringing in any new laws that make life harder for Travellers’ – as revealed in the Travellers’ Times last year.

Abbie Kirkby, Advice and Policy Manager at Friends, Families and Travellers, told the Travellers’ Times that the prospect of yet more ‘hostile’ anti-Traveller laws was worrying.

“At a time where we are seeing discussions of race inequality ignited, we are faced with hostile Government proposals to criminalise Gypsies and Travellers,” said Abbie Kirkby. 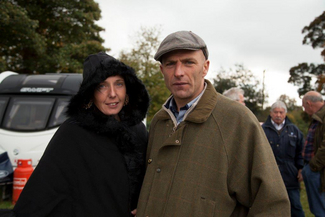 “Over the years there have been countless reports and evidence highlighting how Gypsies and Travellers face some of the most severe inequalities but what do we see? - The prospect of more draconian powers to penalise families because they live in different kinds of homes and have a nomadic way of life.

What’s so baffling about this is that there are some very simple solutions available that are workable for all communities,” added Abbie Kirkby. 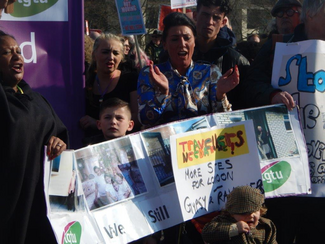 At the time of the Government’s 2019 consultation, Friends Families and Travellers organised a campaign that generated 10,000 responses - all of them against the new threatened laws.

“We were overwhelmed to see so many allies submit their views into the Home Office consultation so for Government Ministers to be talking about the proposals as a done deal is worrying to say the least,” said Abbie Kirkby.

“We will be seeking legal advice as soon as the Government publish their response to the consultation, to ensure the views of the community and allies have been given full consideration as part of the consultation process.” 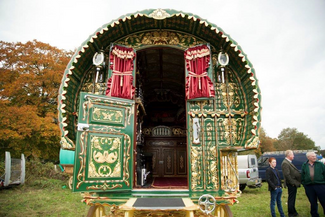 The UK’s Gypsies and Travellers have a cultural heritage of travelling, and many families still travel to look for work, go to fairs, visit relatives, and attend funerals and weddings. Many Travellers also travel and set up unauthorised camps because they prefer to do so or because they have nowhere else to go.

The fight against the new laws that could effectively smash all nomadic ways of life could unite all Traveller groups, say campaigners. 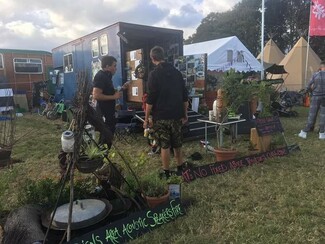 Critics also say that the criminalisation of trespass and the other threatened laws could also criminalise homeless camps and protest camps and is an attack on the civil liberties of everyone – not just Gypsies and Travellers.

Writing in the Guardian, campaign journalist George Monbiot said that the new proposed laws were a trap and could affect everyone - not just Gypsies and Travellers:

“The harder you look, the more disguised powers appear to be lodged in this consultation. Even if new trespass laws are aimed only at those residing on land, they will affect not only Gypsies, Roma and Travellers, but also rough sleepers.

Any new laws are also likely to be used against protesters. We’ve seen how previous legislation – such as the 1994 Criminal Justice and Public Order Act, the 1997 Protection from Harassment Act, the 2000 Terrorism Act and the 2005 Serious Organised Crime and Police Act – has been immediately deployed against peaceful protest, in some cases after the government promised that it would not be used for this purpose.”