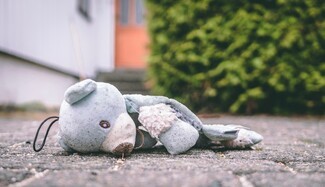 The Independent Inquiry into Child Sexual Abuse is examining the extent to which institutions and organisations have failed to protect children in England and Wales from sexual abuse.

Gypsy, Roma and Traveller victims are being invited to share their experiences of child sexual abuse with the Truth Project, part of the Independent Inquiry into Child Sexual Abuse in England and Wales.

It comes as new research finds that nearly one in ten of victims and survivors who have come forward to the Truth Project were from an ethnic minority background.

I was a kid then. Who would believe a kid… 53 years on, still trying to get someone to believe me

Silas, from the Gypsy, Roma, Traveller community, shared his experiences with the Inquiry in writing - he details violence at the hands of his father at home, and sexual abuse in care, and describes the difficulties he faced being believed, “I was a kid then. Who would believe a kid… 53 years on, still trying to get someone to believe me.”

More than 4,000 survivors of child sexual abuse have now shared experiences with the Truth Project in England and Wales. Of these, 3,646 personal accounts have been analysed for research.

Helping to build a fuller picture of the impact of childhood abuse, figures released earlier this month by the Office for National Statistics revealed that 7.5 percent of adults have experienced sexual abuse before the age of 16.

The Truth Project heard that almost all survivors who shared their account were impacted by the abuse, with over a third (38 percent) talking about depression, and almost one in 10 describing a physical injury as a direct consequence of the abuse.

Nataliya told the teacher about the abuse she was suffering, but the teacher did not take any action

The Inquiry is also publishing a further 80 accounts shared with its Truth Project.

These include Nataliya’s account, who is also from the Gypsy, Roma and Traveller community. Nataliya had a strict upbringing, separated from boys and sexually abused by her step father when her mother and father seperated. Once, when she was about 15, Nataliya ran away and was found by a teacher. She told the teacher about the abuse she was suffering, but the teacher did not take any action and she was returned home. Nataliya now thinks that the teacher may have been afraid of possible repercussions, as Nataliya’s family were ‘well known’.

Sabah Kaiser, ambassador to the Inquiry, said that as an Asian woman and survivor of child sexual abuse, she hoped that sharing her experience will empower others in a similar situation to come forward to the Truth Project.

“If we are to protect children in the future, it’s important that we hear from everyone who has experienced abuse, to better understand the lasting impacts and help prevent it from ever happening again.”

People who share their account with the Truth Project often describe feeling unburdened and liberated, but their experiences also help us make recommendations to government on how to better protect children in future, said a spokesperson for the Inquiry.

They added that they were trying to reach communities or groups which the Inquiry felt previously may have been overlooked, using examples of experiences shared by people from a variety of backgrounds. This includes ethnic minorities and people with disabilities.

Survivors of child sexual abuse who would like to share their experiences in writing, over the phone or in person can get in touch with the Inquiry's Truth Project. Visit www.truthproject.org.uk or email share@iicsa.org.uk.