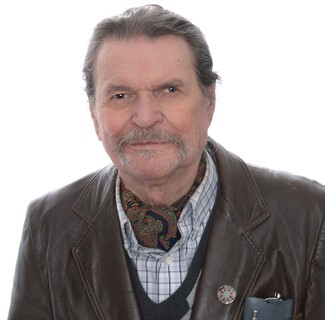 Of his background and early education, of both Rom and Romanichal heritage, I heard various accounts, not least from himself. His life became public when, while working as a museum curator he wrote the semi-autobiographical novel "Goddam Gypsy", which, along with his articles in the dying days of the Third Series of the Journal of the Gypsy Lore Society, showed the most intricate and nuanced knowledge of the great variety of Romani communities in Canada.  After finishing his novel he went to England in around 1969 to try to join in the great adventure of the new Romani politics of the Comite International Rom. He found this somewhat disillusioning; he had always been both a cultural and linguistic nationalist and an advocate of Romanestan, and the struggle for caravan sites for Romanichals in England and for civil rights for Rudari in Paris, which were the main practical activities of the CIR at that time, did not enthuse him.  He did however work with Donald Kenrick to produce what is still the easiest and most effective primer for learning Vlach Romani. (Learn Romani, UHP press) and spend time with Jim Penfold in his house in Battersea. He became a fast friend of the old London Roma, who were related to the Roma he had worked and lived with in Canada. 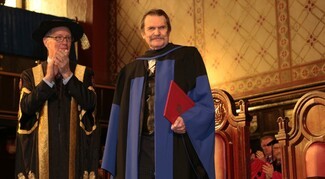 Disillusioned with both the Gypsy Council and the Gypsy Lore Society, he decided to return to Canada in 1970, in time for the actual publication of his novel, and following that earned a living for the rest of his career as a journalist. He remained the representative of the CIR, and sent a voice recording of his poem "Angla Mande Dui Droma", about the agonising dilemmas of the educated Rom to the first world Romani Congress in 1971. I remember the awed silence as his sonorous, absent voice echoed around the school dining hall in which the congress was held.

He visited England occasionally as a journalist; I remember Mr W.R. Rishi and his sons hosting a dinner for him in Croydon  where I and his fellow-journalist David Altheer of the Times were present - Mr Rishi put photographs of us all, looking so much younger than today, in the journal Roma. But the bulk of the 1980s were a period of disillusion with the perennial failure of Romani politics, and of too much reliance on alcohol to dull the pain. 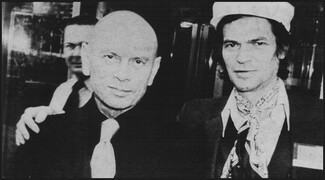 All that changed when Roma refugees began to come to Canada after the fall of the Berlin Wall in 1989. One Canadian Roma activist whose name temporarily eludes me, started a small organisation to help asylum seekers and went to Ron and begged him to get involved again. And he did! It was as though his whole life had been a preparation for this moment. His intricate knowledge of the comfortable, settled, Canadian Romani communities mean that he could go to them, and had the right words to tell them that they could not remain silent when ignorant gajo Canadian politicians were unleashing floods of poisonous racist rhetoric on East European Roma fleeing the racism which the fall of communism had set free.  He knew the answers, and could pass them on to the younger generation of Canadian Romani intellectuals, and he could do the cultural politics of music and art which could engage the immigrant Roma. In the 1990s he came to be what he had always wanted to be, an authentic hero of the Romani revolution, rekindling the networking and intellectual energy of his youth. But whereas in 1970, his message to the old London Roma had been "Stay hidden, stay safe from the anti-Gypsyism which plagues the Travellers" his message now was that the Romani bourgeoisie could not dare stay safe and hidden when other Roma across the world were being beaten, killed, robbed and marginalised just because they were Roma. He not only wrote more, but taught a university course on Romani Studies in Toronto for some years, and was given, to the applause of the Romani political world, an honorary doctorate. Thanks in great part to him, the Romani political and cultural struggle in Canada is an example to the whole world. His years in the wilderness were essential preparation for his years of achievement. We miss him, but his writings, recordings and spirit stay with us.