Gypsy, Roma and Traveller activists call on the government to tackle systemic inequalities 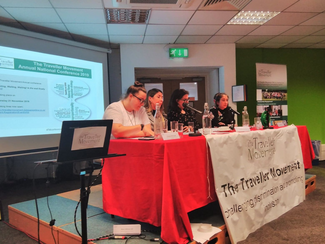 On Thursday the 21 of November leading Gypsy, Roma and Traveller professionals and activists told a packed Traveller Movement conference that the time for radical change is now. Drawing on the findings of the Women and Equalities committee inquiry, prominent Gypsies, Roma and Travellers called on the government to stand up and provide much needed investment to tackle the chronic inequalities that have plagued their communities for decades.

Taking the recently announced national strategy as a starting point, this year’s Traveller Movement conference asked delegates what they thought should be included in the strategy to tackle the inequalities experienced by Gypsies, Roma and Travellers (GRT) in the UK.

Prominent members of the GRT community led the discussions and came up with solutions for the new strategy. Speakers included the founder of the Gypsy, Roma and Traveller Police Association, Jim Davies; education activist and campaigner, Chelsea McDonagh; the first Roma lawyer to qualify in the UK, Denisa Gannon; and women’s advocate and violence against women expert, Christina Kerrigan. Some of the recommendations included funding for a national education framework; training for frontline workers; tailored mental health support services; and site provision for nomadic Travellers. There was loud applause in response to the suggested scrapping of the Home Office consultation to criminalise unauthorised stopping. 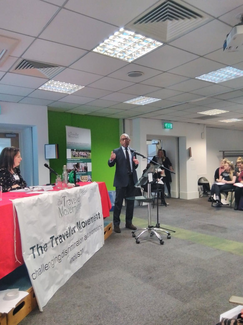 Leading race equality experts also attended the conference and put forward recommendations of their own. The key note address was delivered by Operation Black Vote founder and director, Lord Simon Woolley CBE. As the Traveller Movement conference fell before a general election, it was wonderful to have Lord Woolley speak about the importance of voter registration. Marginalised communities are frequently used by politicians as political footballs. Lord Woolley encouraged community members to use their votes and hold their politicians to account.

Yvonne MacNamara, CEO of the Traveller Movements said that the time for change was now.

"The message from Gypsies, Roma and Travellers is loud and clear: we want change; we want resources; we want support; we want the government to stop criminalising our communities," said Yvonne MacNamara.

"The time for change is now!"