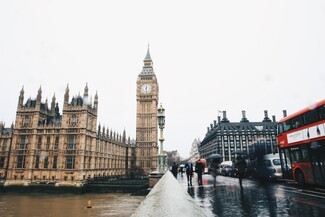 The Traveller Movement and René Cassin, the Jewish voice for human rights, are working together to launch a new anti-hate speech campaign in parliament this week.

The #Cut It Out campaign, which aims to tackle hate speech and inflammatory rhetoric in politics against ethnic minority or religious groups, will be unveiled to MP’s and campaigners in the House of Commons on Wednesday, 16th October at 5pm.

Yvonne MacNamara, CEO of the Traveller Movement said that they continuously challenge politicians who use hateful language against Gypsy, Roma and Traveller communities.

“We would like to see all politicians sign the Cut It Out pledge, and commit to using respectful and inclusive language when discussing all members of our society,” said Yvonne MacNamara.

“Research has shown time and again that racist or derogatory language by politicians against minority groups can lead to a spike in hate crimes, while racist and irresponsible reporting in the media can lead to a backlash against all community members. This is unacceptable. The Traveller Movement is working with Rene Cassin to challenge this and instead promote inclusive and value-driven language.”

Mia Hasenson-Gross, CEO of René Cassin said that calling out abusive or inflammatory speech used by parliamentarians, or any elected representative, is crucial.

“Intolerance and hostility towards any community is unacceptable and stands in stark contrast to our values,” added Mia Hasenson-Gross.

“We are calling on all politicians to Cut It Out.”

The campaign calls on politicians to sign a pledge, and to challenge their fellow politicians when they use hateful language.

Tickets are available via Eventbrite: https://www.eventbrite.co.uk/e/national-hate-crime-awareness-week-cut-it-out-tickets-69983766329

(Photo by Heidi Sandstrom. on Unsplash)