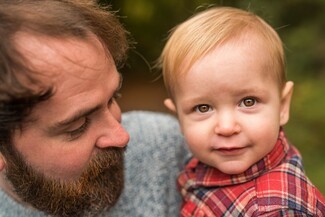 Irish Traveller Martin Gallagher writes about his return to education as an adult – and answers his own question: Why would a Traveller, Gypsy or a Romani person bother to go through it?

If you’d have asked me when I was 16 years old, that in November 2017, that I would be up on stage collecting my degree, I would have laughed and asked you what was so important about a piece of paper with my name on it? … writes Martin Gallagher.

Back then, as a lot of other Traveller/Gypsy/Romani boys are, I was only bothered by paper that had pound signs and Her Majesty’s face printed on them.

What did get me back into education when I was 27, were people’s attitudes towards Gypsies, Travellers and Romani people where I lived, and especially within the councils and government. These people who are supposed to be helping make the world we live in a better place. For us, that wasn’t happening at all.

The past three years of lectures, thousands and thousands of words to type, hours reading, and researching did help me to understand the what goes on when making big decisions that affect our lifestyle. If these people were happy to leave GRT people out of the conversation regarding laws and policy that could affect our whole culture and lifestyle, then I wanted to be part of the group of people and organisations who would challenge them in a way they would have to listen.

Why would a Traveller, Gypsy or a Romani person bother go through it?

I’ll tell you why I did now.

Every time I go to a meeting about Gypsy, Romani or Traveller people, I hear people talking in ways that before, I would’ve been afraid to challenge, just in case they used big words that I didn’t understand and would have made me look stupid.

Any time that my family and friends ask me, “How can (so and so) get away with saying they would rather cut our heads off instead of moving us on?”, I’m left raging, but now I know exactly how to make sure people, especially public figures, can’t get away attitudes like that now and in the future.

The feeling that I still get after every conversation that I have with people like police officers, council staff or councillors and I’ve helped them to understand how institutional racism, or letting racism affect their decisions, does no good to build trust between us, and they have a lot of work to do to fix a lot of mistakes they’ve made in the past.

When someone on some social media website thinks that it is fine to say, “Gypsies aren’t a race, how is it racist to call them names?”, and linking them to the Equality Act 2010, which in fact, shows that we are legally recognised as a race. That may sound small, but that is an example of a Traveller man educating people! It may only educate one small-minded person, but that knowledge really is power if more of us do the same.

When I talk about education, it’s not just about going school or getting a degree like I chose to do. It is about learning about things that matter, equipping yourself with the knowledge you want and need to face the world, and to educate others. My education has given me the knowledge and confidence to help other GRT people to speak up and get our voices heard in front of the people who have ‘power’, or through a different road, challenging laws and legislation, being a part of the politics, fighting for equality. Being able to do this is where I felt that having education behind me was worth it.

I taught the police who see a site address and pull someone up for no reason at all, the teachers who sent the GRT children to the back of the class with colouring books, as they thought teaching them was pointless. The minsters and councillors who forget that they have a duty to all constituents, GRT people included, and things like being involved in protests against a new site keeps ‘the last bastion of accepted racism’ alive. When I spoke to them about their mistakes, they listened. Being able to do that made ever penny of the student loan, that I’ll probably never afford to pay back worth it.

Now, just because I have a degree doesn’t mean that whoever is reading this can’t do what I’ve done. We are doing it. We are going to the official meetings, being part of consultations and fighting for change. At the end of the day, the only people who can teach non-GRT people what is best for us, are us. We just need more people doing it! Go to the local meetings, staff at the council, speak with the police, as they are desperate to know what is the best way they should work with us, so tell them.

Every person who memorised what to do when refused entry into a pub, every person who challenged racists online, those who taught their friends and family about their rights, that is education. You can be involved in making a change for your children, big or small. Never think that you must have a degree to be able to make a change, you just need to be passionate and patient, and in turn, the lesson you will be teaching to your children, families and friends could possibly be one of the most life-changing they’ll ever learn.

Martin Gallagher, an Irish Traveller from Wales, pulls no punches in speaking humorously about his mental health, being a parent, and daily life in his blog 'Learning to Dad'. He also campaigns for equal rights for Gypsy, Roma and Irish Travellers and uses his blog to highlight the discrimination that he and others from the community face daily.

Read Martin Gallagher’s first blog for the Travellers’ Times by clicking on this link:  “You Look Very Clean for a Gypsy”.