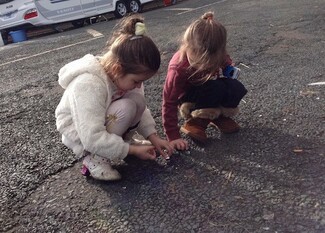 Only four out of ten parents would be happy for their child go to the home of a child who is a Gypsy/Traveller for a playdate and over one in four adults said they would be unhappy with a close relative having a long-term relationship with a Gypsy/Traveller, a Traveller Movement / YouGov poll has found.

Other key finding in the poll where that only a third of UK adults consider Gypsy/Traveller to be an ethnic group and just over one in ten think that pubs and restaurants in the UK should refuse to serve Gypsies and Travellers because they are a Gypsy/Traveller.

This adds further weight to research published by the Traveller Movement on the 13 September, ‘The last acceptable form of racism?’, which found that 91% of Gypsy and Traveller had experienced discrimination because of their ethnicity. Many of the respondents to the Traveller Movement research provided examples of social exclusion, and specifically mentioned bullying in schools. For example a respondent explained that they “couldn’t sleep over at my friend’s house because her mother said Gypsy children would steal”.

The YouGov poll found that 42% would be unhappy if a close relative, such as a sibling, child or parent formed a long-term relationship or marriage with a Gypsy/Traveller.

This question is used in social attitudes surveys to determine how comfortable a person is with another race and the shocking number who would be unhappy should a relative form a relationship with a Gypsy/Traveller suggests the extent to which Travellers and Gypsies continue to face prejudice. The negativity toward Gypsies and Travellers compares with 28% 10% and 3% of GB adults being unhappy with a close relative having a long-term relationship or marriage with a person who is a refugee/asylum seeker, Black Caribbean or White British respectively.

Over one in ten said they believed a pub or a restaurant should refuse entry to a Gypsy or a Traveller solely on the grounds of their ethnicity. This is higher than any other group listed, for example just 1% and 2% said pubs and restaurants should refuse entry to a person because they are White British or Black Caribbean respectively. The Traveller Movement previously won a ground-breaking case against pub giant JD Wetherspoon after a Judge ruled the pub had adopted “racial stereotyping” for refusing entry to Irish Travellers and Gypsies.

The survey of 2174 thousand adults that was carried out between 29th September - 2nd October 2017 also found that over a third of adults in Great Britain did not consider Gypsy/Traveller to be an ethnic group. Romany Gypsies have been formally recognised in English law as a distinct ethnic group since 1989 and Irish Travellers since 2000.

When asked “what first comes to mind when you think of a Gypsy/Traveller” the majority responded with negative words, such as “thief”, “criminal”, “dirty” and “p***y”. These responses show many people’s perception of Gypsies and Travellers is based on ill-informed cultural stereotypes; cultural stereotypes which need to be challenged.

The overwhelmingly negative responses, across all the questions, adults in Great Britain had toward Gypsies and Travellers, especially when compared with other ethnic groups, implies the sheer level of prejudice and hostility Gypsy and Traveller people continue to suffer on a daily basis.

Cassie Marie McDonagh, an Irish Traveller and mother said: “When I was at school there were plenty of times I was treated differently because I was a Traveller. One of my friends was suddenly not allowed to play with me anymore and started calling me a ‘P***y’ for no reason, when I told mummy she explained it would be because of his parents that he suddenly changed his opinion of me.

My little girl is very outgoing and confident but I am dreading the day she comes home crying because she hasn’t been invited to the party or she loses one of her friends or after being called racist names all because she is a Traveller.

It is sad that this is still happening in schools. I have gone through this discrimination along with all my family and looking at the report it breaks my heart to know my child will face the same.”

Yvonne MacNamara, the Chief Executive of the Traveller Movement commented on these shocking findings: “We know from our own casework and discrimination cases that Gypsies and Travellers encounter prejudice on an almost daily basis but the results from this poll are shocking, even to us.

The fact that so many people openly say they would be uncomfortable with a close relative having a relationship with a Traveller for no other reason than that person is a Traveller proves this is truly the last acceptable form of racism”.

Yvonne MacNamara called for greater cultural competencies, starting in schools to enable the ill-informed cultural stereotypes people have toward Gypsies and Travellers can be challenged:

“No child is born to hate. It is something that is learned from parents or authority figures and given that four out of ten parents have revealed prejudice toward Travellers perhaps explains why so many Traveller children are bullied at school.

This is precisely why schools need to adopt Gypsy, Roma and Traveller History Month as part of their curriculum so the ill-informed, and frankly racist stereotypes people have of these communities can finally be challenged and addressed.”

Kate Green MP, the Chair of the All-Party Parliamentary Group for Gypsies, Roma and Travellers said: “This research is deeply shocking and distressing. It shows a level of ignorance and prejudice against Travellers that simply wouldn't and shouldn't be tolerated if it was directed at any other ethnic minority group.

Traveller families want to get on with their lives, bring up their kids, and protect and celebrate their culture. We have a responsibility to speak up for their right to do so.”