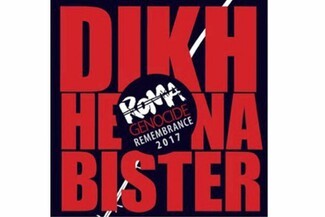 TernYpe – International Roma Youth Network, the Documentation and Cultural Centre of German Sinti and Roma and their partners gather 200 young Roma and non-Roma from all over Europe around August 2nd 2017, marking the 73rd anniversary of the “Roma Holocaust Memorial Day”. The initiative aims at raising awareness among young Europeans, civil society and decision-makers about the Roma Genocide, as well as about the mechanisms of antigypsyism in a challenging context of rising racism, hate speech and extremism in Europe.

TernYpe – International Roma Youth Network, bring together young Europeans of different cultures and backgrounds to commemorate the extermination of Roma in the concentration camp Auschwitz-Birkenau and to develop a dialogue on the topic of xenophobia and racism in Europe today. Knowledge and recognition of the extermination of Roma during the Second World War is still very limited - especially among young Europeans including the Roma.

The aim of the event and the seminar is to inform young people with different backgrounds about the genocide of Roma. Holocaust education has the aim to make young people understand the mechanism of exclusion, of racism, anti-Semitism, antigypsyism and populist and dogmatic manipulation of people which led to the worst moment of human action in history. Critical thinking is a key asset to raise civic courage and active citizenship in the fight against extremism and racism

Other actions
Join the online commemoration and change your Facebook cover picture to this action day photo on 2 August or to this profile photo.