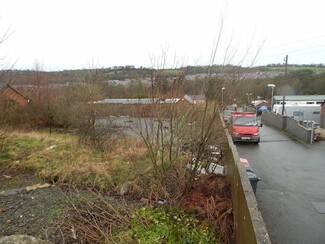 An Irish Traveller single mum of five has complained to the Equalities and Human Rights Commission because her local council served an injunction banning her from living on her land with her children after refusing to even consider her planning application.

Separated Kathleen Rooney and five of her children – one of whom is disabled - are facing eviction from temporary accommodation provided by Bedford Borough Council – and has already been evicted from a homeless hostel.

Mrs Rooney is challenging Bedford Borough Council’s injunction in court as well as fighting to get them to recognise and consider her “reduced planning application”. She is claiming that the council are acting unreasonably and infringing the human rights of both herself and her disabled son.

Bedford Borough Council slapped an injunction on Mrs Rooney’s land after she put in a planning application to live there, says Michael Hargreaves, her planning agent. The council then, he says, used a “draconian piece of planning legislation” that allows councils to dismiss planning applications from landowners who have been served enforcement notices in the past.

Mrs Rooney was served the enforcement notice on the land when she was living in the homeless hostel, says Mr Hargreaves, and she did not understand the implications of it because she cannot read and write, did not know how to get professional help, and did not know the consequences of not appealing it. He is hoping that the Equalities and Human Rights Commission will support Mrs Rooney’s challenge to the council decision.

The Travellers’ Times spoke to Mrs Rooney ahead of her court case against the injunction next Monday.

She told The Travellers’ Times that being forced to live in “bricks and mortar” after a life-time of travelling felt like being a “bird in a cage.”

“It’s causing me so much stress,” said Mrs Rooney.

“It’s causing my children so much stress. The two girls want to go back to the school near the land. They keep having to move school and now we are facing homelessness again.”

“My son who is disabled can no longer live with me. My other son who is living with me is depressed and I fear for him.”

“The house we are in is a two bedroomed house for myself, my daughters and my son and its run down, we are not allowed to decorate, and soon we will no longer even have this to live in.”

“My own health is suffering. I keep putting off a hysterectomy that my doctor told me I needed three years ago because I can’t take time off looking after my children and I can’t cope with that and all the stress of the constant upheaval and the fight against the council.”

“If I had been able to read and write I wouldn’t be in this trouble because I would have understood what the enforcement notice said and I would have appealed it.”

“If I had somewhere stable to live I could do so many things that I want to do and so could my children. I could go to night school. A friend told me about it. I would love to go to night school and learn how to read and write,” she said.