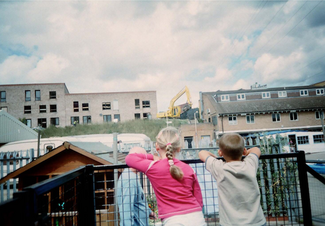 A London Gypsy and Traveller charity has welcomed an apology by the Mayor of Newham, East London, after they complained about “offensive” remarks made during a council meeting in March last year about local Gypsies and Travellers and their accommodation needs.

In a statement released by the Mayor of the London Borough of Newham, Sir Robin Wales apologised for the “confusion” over the remarks and also promised to meet with local “settled” Gypsies and Travellers so that the council could properly consider their needs.

“I am sorry for the distress caused by my comments, how they came across and how they were interpreted,” said Sir Robin Wales.

Sir Robin Wales promised to look again at that assessment and to take into account the needs of those Gypsies and Travellers already living in Newham.

“The report outlined that there is no current ‘planning need’ for further pitches to accommodate those travelling through the borough,” he said.

“The council must have a policy which states how we will handle applications for additional pitches/sites from the settled Gypsy and Traveller Community in the future.”

Sir Robin Wales said he would meet with the residents of Parkway Crescent and stated that he recognised and welcomed them as part of the Newham community and that there was no threat to the future of their homes.

“My planned visit to Parkway Crescent is to meet with our settled Gypsy and Traveller Community to further understand their needs and work with them constructively on their future accommodation needs,” he said.

“I will also be taking this opportunity to personally give reassurance that the Parkway Crescent site will remain a permanent site for Gypsies and Travellers and the council is committed to ensuring it will be protected from any future developments in the area. “

“In addition, next year marks the tenth anniversary of the move of the community to Parkway Crescent and 46 years since the community originally moved to Clays Lane,” he added.

“This highlights their long history and connection to the Stratford area and we want to continue to work with the local Gypsy and Traveller Community so they continue to have a sense of belonging in Newham.”

A spokesperson for the London Gypsy and Traveller Unit (LGTU), which include members and Trustees who live on Parkway Crescent, welcomed the apology.

“We welcome this statement from the Mayor of Newham finally apologising publically for the offensive remarks made about the Gypsy and Traveller community at the cabinet meeting on the 17th March,” said Debby Kennett CEO of the LGTU.

“We are particularly glad to see the Mayor’s personal commitment to the protection of the Parkway Crescent site and also his undertaking to fully review and address the accommodation needs of all Romany Gypsies and Irish Travellers living in the borough,” she added.

“We trust that these commitments will result in tangible and positive change for Newham’s Gypsy and Traveller community.”