Labour and Lib Dems back call for youth justice reform 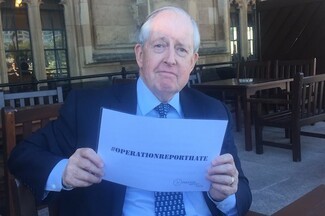 Charities call for monitoring and “care and support” for young Gypsies and Travellers in the youth justice system – ‘if they are not counted, they don’t count’.

The Traveller Movement and the Irish Chaplaincy’s lobbying efforts received a huge boost after the Labour Party, and the influential Lord Richard Rosser, put their support behind an amendment to introduce ethnic monitoring in the youth criminal justice system for Gypsy and Traveller children.

The amendment was tabled to the Policing and Crime Bill, currently progressing through the House of Lords, by the President of the Liberal Democrats, Baroness Sally Brinton who had been working with the Gypsy, Traveller and Roma campaigners. Baroness Brinton has a strong track record of promoting more inclusive education for Gypsy, Traveller and Roma children from her time as a Councillor in Cambridge.

The amendments, if they are passed, will update the ethnicity recording systems across the entire youth justice system in line with the 2011 Census ethnicity categories known as ‘18+1’ and therefore include “Gypsy or Irish Traveller”.

The case for the amendment is very simple. Young Gypsies and Travellers are overrepresented across the entire youth justice system and have some of the very worst experiences in custody and greater care needs.

Yet, the youth justice system still uses ethnic monitoring systems based on the 2001 Census and therefore Gypsies and Travellers do not appear in official data. Without the data, Gypsy and Traveller children will never receive the care or support they need to make their time in prison as safe as possible.

Lord Rosser, the Labour Party’s Shadow Spokesperson for Home Affairs and lead for the Bill, has form in promoting Gypsy and Traveller issues across the prison estate. The former Trade Union leader was instrumental in driving through the changes to the monitoring in the adult prison system to include Gypsies and Travellers.

Yvonne MacNamara, the CEO of the Traveller Movement commenting on the amendments said:

“When the Prime Minister, Theresa May, ordered a ‘racial disparities audit’, she said the audit would highlight the differences in outcomes for people of different backgrounds in every area from health to criminal justice.

However, most public services still do not record include Gypsies and Travellers in their ethnic monitoring. Without this data, we will never be able to fully understand, highlight or address the inequalities these communities face”.

Conn Mac Gabhann, advisor to the Irish Chaplaincy said the introduction of ethnic monitoring in youth justice would make an enormous difference to Gypsy and Traveller children.

“As we have seen since ethnic monitoring was introduced in the adult prison estate in 2011, more and more prions have been holding Gypsy and Traveller groups, appointing Traveller reps and even holding Gypsy, Roma Traveller History Month events in an effort to promote inclusion.

While ethnic monitoring will not solve all the problems Gypsy and Traveller children face in the youth criminal justice system, it will be an important step in helping us to highlight the problems and issues they face and ensure these issues become a target to be tackled.”

Mrs MacNamara added: “The Government supporting this amendment would send a powerful message that they are serious about tackling all racial disparity”.

The Chairman of the Youth Justice Board, Lord Tom McNally (pictured above) has previously shown his support for the successful hate crime awareness campaign #OperationReportHate. Gypsy and Traveller campaign groups remain hopeful that the highly influential former MP will put his weight behind this amendment too.

The amendment will likely be debated on the 9th November when the Policing and Crime Bill has its fourth, and final day of Committee. You can download the Traveller Movement’s full briefing for Members of the House of Lords here.