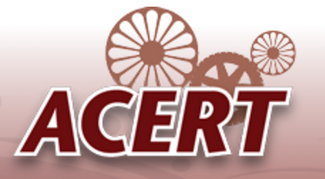 The Advisory Service for the Education of Romany and other Travellers (ACERT) has condemned the proposed cuts to Cambridgeshire County Council’s ethnic minority education team and has questioned the lack of consultation with Gypsy and Traveller parents who use the service.

The cuts could potentially mean the loss of Cambridgeshire Gypsy and Traveller Advisory Teachers, Teaching Assistants, the council’s ‘English as a Second Language’ provision, Managers and the Black Community Support Officer.

The Cambridgeshire Race Equality and Diversity Service (CREDS), part of Cambridgeshire County Council’s Schools Support Services, is available to all maintained primary schools and as a traded service to Secondary Schools and other academies. It is threatened with a loss of a third of its staff.

Cambridgeshire County Council has started a consultation – the results of which will be examined a t a council meeting next week, but they have only consulted teachers and the teachers unions.

Speaking to the Travellers’ Times, an ACERT spokesperson criticised the lack of consultation with Gypsy and Traveller parents. They said:

“There are 1200 caravans across a very large county on private and public sites, not to mention all the people in houses. The children are scattered across maybe up to 100 schools so the existing staff are clearly the best placed to share information and consult. However, they have been told by managers that they cannot do this as it would look as if they were not impartial.”

“I think that the long term issue is the effect of Government cuts and austerity programme, the reduction in Local Authority budgets and powers, and massive changes to the education system”.

“The team already suffered severe cuts mainly to several very experienced teaching staff and ACERT will be writing to the County Council to express our concerns.”

The Travellers’ Times contacted Cambridgeshire County Council and told them about ACERTS concerns about the lack of consultation, but the council appeared to pass the buck onto the individual Cambridgeshire schools.

A council spokesperson told the Travellers’ Times that: “The Cambridgeshire Race, Equality and Diversity Service (CREDS) is funded by schools, not the local authority – schools ‘buy back’ into the service. So any consultation would be done by the schools with any of their communities which may be affected.”

Teachers unions have also waded into the fight to save the Gypsy and Traveller teachers.

A spokesperson for the Cambridgeshire National Union of Teachers said that they were opposing the cuts and added:

“The reduction in services means schools will no longer have access to the current range of services on offer. The impact of which will be felt by some of the most marginalised children and families across the county.”

“We know in an increasingly difficult culture of testing and scoring children, the qualitative data has never been more important. The impact of equalities and diversity work is felt by all and is crucial in all our schools.”

These are not the first cuts the team has faced. The original Traveller Education Service was cut and the rest of the surviving staff moved into CREDS in 2011, meaning that this is the second round of cuts that have hit Gypsy and Traveller parents in less than five years.

The Travellers’ Times journalist Mike Doherty (now ‘TT Editor’) investigated the massive cuts to Traveller Education Services in 2011 and published his findings in the Travellers’ Times and The Independent. Those stories, plus a special report on education by ‘TT Editor at Large’ Damian Le Bas, can be seen by following these links: