“’We don’t have to take it,” says Gypsy man in Daily Mail libel battle 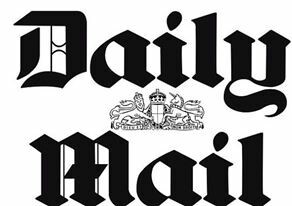 A Gypsy man from Lancashire has won “substantial damages” after a national newspaper settled out of court in a libel claim and apologised for running a headline that falsely accused him of lying in court.

The Daily Mail agreed to apologise, publish a correction and pay damages in a settlement agreed with the Gypsy man’s legal team after a year-long battle.

Speaking to the Travellers Times, the Gypsy man said: “I hope this win will encourage other Gypsies and Travellers to step forward and challenge damaging reports written about them in the newspapers. Our victory shows it can be done and we don’t have just to take it lying down.”

The Gypsy man approached a national campaign charity, the Traveller Movement, two years ago after inaccurate stories about him and his family started to be published in the national newspapers. After challenging several of the articles and reaching resolutions with the Daily Mail and the Telegraph through the press regulator, yet failing to stop the continuing press abuse, the charity flagged up an article that appeared in the Daily Mail that it believed to be defamatory – or untrue and damaging - to Howe & Co, the law firm famous for winning a discrimination case for Gypsies and Travellers against the pub giant Wetherspoons.

The law firm agreed to take the Gypsy man’s case pro-bono – or on a fixed costs agreement – and filed a claim for libel which Daily Mail eventually agreed to settle out of court.

Kieran O’Rourke, a libel solicitor at Howe & Co, who acted for the Gypsy man said:-

“As far as I am aware this was the first time a Traveller or Gypsy has issued legal action for defamation against the Daily Mail for publishing an inaccurate story.  All too often certain sections of the press step over the line and publish stories which are defamatory, and in the case of Travellers and Gypsies it seems to be all too common.”

“The case is important because it shows powerful newspapers that, at last, Travellers and Gypsies are not going to ignore defamatory stories; that they will force apologies and win substantial damages when their reputations are publicly damaged.”

The libellous claim against the Gypsy man was published in a Daily Mail headline after the Gypsy man and his family appeared as witnesses in a criminal court case in which a Chorley woman was accused of making racist statements against the family. The woman had previously been found guilty of racist abuse, but was cleared on appeal and the conviction squashed because of lack of corroborating evidence.

A spokesperson for the Traveller Movement said: “Our new Gypsy and Traveller Social Justice Unit is being set up to do exactly this work. Supporting Gypsies and Travellers who are victims of discrimination, prejudice and denigrating abuse and linking them up with the top law firms in the UK if and when appropriate.”