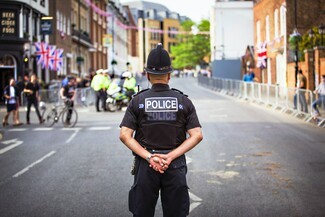 Police do not want more powers to evict unauthorised Traveller camps and instead want more legal sites built – an investigation by the charity Friends Families and Travellers (FFT) has revealed. 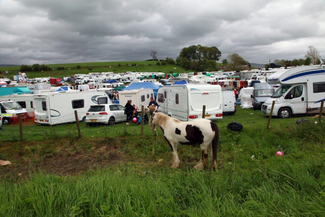 “The findings clearly demonstrate that only a small percentage of police respondents are in favour of criminalising trespass or strengthening of existing powers, stressing that this will be ineffective unless there is increased site provision,” say Friends Families and Travellers.

The full FFT report on their investigation can be seen here.

“The hostile approach taken by this Government towards Gypsies and Travellers must stop. We have seen huge opposition to these proposals, opposition not only from the police but from across society in recognition of the implications for human rights and civil liberties. The Government have failed Gypsy and Traveller communities – there is no point in bringing in more laws which tell Travellers where they can’t go when you aren’t telling them where they can go.”

In their response to the consultation, the National Police Chiefs Council and the Association of Police and Crime Commissioners said, “We believe that criminalising unauthorised encampments is not acceptable. Complete criminalisation of trespass would likely lead to legal action in terms of incompatibility with regard to the Human Rights Act 1998 and the Public Sector Equality Duty under the Equality Act 2010, most likely on the grounds of how could such an increase in powers be proportionate and reasonable when there are insufficient pitches and stopping places?”

The Travellers’ Times understands that Lawyers for Gypsies and Travellers are set to challenge in the High Court any new laws strengthening police powers to evict camps.

“While the vast majority of traveller communities reside in authorised encampments, there have been long-standing concerns about the disproportionate impact of some unauthorised sites which cause significant distress to local communities.

“That is why the Home Office carried out a consultation seeking views on strengthening police powers to tackle these unauthorised encampments. A response will be made in due course.”