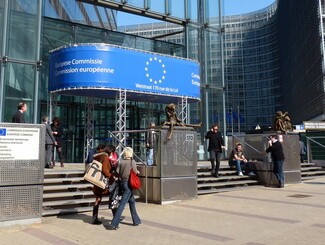 UK failure to establish a Roma Integration Strategy is “worrying on many levels”, says the National Federation of Gypsy Liaison Groups.

A new  report (“Civil society monitoring report on implementation of the national Roma integration strategiesin the United Kingdom”) has highlighted the failure of successive governments to integrate the UK’s Gypsy, Roma and Traveller communities.

The report (prepared by the National Federation of Gypsy Liaison Groups; Friends Families and Travellers; Roma Support Group and Roma Community Care Derby) was prepared as part of the Roma Civil Monitor pilot project, ‘Capacity-building for Roma civil society and strengthening its involvement in the monitoring of National Roma Integration Strategies’. The pilot project is carried out for the European Commission, DG Justice and Consumers and coordinated by the Center for Policy Studies of Central European University (CEU CPS), in partnership with the European Roma Grassroots Organisations Network (ERGO Network), the European Roma Rights Centre (ERRC), the FundaciónSecretariadoGitano (FSG) and the Roma Education Fund (REF) and implemented with around 90 NGOs and experts from up to 27 member states.

Siobhan Spencer MBE, from the National Federation of Gypsy Liaison Groups, says that the lack of progress on the Roma Integration Strategy is “worrying”.

“We will not improve the level of equity for Gypsy Traveller and Roma communities unless there is a concrete time line with adequate resources put in place,” she added. “To date it is worrying at the lack of progress that has been made on many levels.”

Key findings detailed in the report are that:

A second report, to be produced in December this year, will focus on the key areas of Accommodation, Education, Employment and Health.