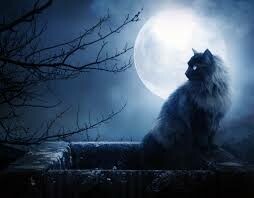 Rachael heard the door close heavily behind her. The quaint old bell rang harder than usual, as if it was saying, “You’re fired.” She turned and saw Mr. Amois’ large mustachioed face glowing red through one of the square windows of the old door. It was expressing the same sentiment as the bell.  As he turned and disappeared  she caught her reflection in the glass panels. Black skirt, Green blouse, she looked nice, she thought briefly to herself. She had a round and pretty face framed by immaculate shoulder length brown hair. But her face was sad.  Rachael Radik, fired again.

She stepped out of the shops entrance alcove and into the busy street. It was early evening and the golden sun was filling the town’s charming high street with a magical glow. There were people everywhere. This was tourist season, and a Friday night.

Rachael dodged people as she walked up the cobbled street. Traffic was not allowed in the town on market days and party nights. She was in a blur of emotions and  tears as she headed to where her car was parked.

The stubborn sun was refusing to set, it wanted to stay up with all these people doing fun things. Who could blame it; finally unleashed from the dark burden of winter, the town was alive. It knew the serious moonlight was waiting in earth-shine ready to take over and change the mood. Rachael could hear the chink of glasses from open door pubs, the smell of burgers and onions charring on grills. All around the laughter and chatter of happy people. Rachael carried on up the street relentlessly, she was in a World far away from these people. In her tear filled vision she could see beyond the crest of the street at the Green fields and hills that surrounded the town. All she wanted to do was get to her car and drive home fast.

The sun knowing it had to go soon mixed in purple and red to its fading light. The patient Moon sighed at its dramatic friend. Then she heard it, a kind of slow motion clanging and chinging. She turned to the source of the sound. All she could see was a throng of people standing in the town square. The statue of a Pan looking out above them. They were obviously surrounding a street performer, they seemed to flock to the town this time of year. The crowd was cooing and clapping, even aahhing. Despite herself Rachael found herself slowing down.

RINGS
Rachael caught a glimpse of shiny metal rings as they flew into the air above the heads of the crowd, sparkling energy seemed to fly from them. They were about a foot in diameter, and they were emitting all kinds of colours, silver, gold; but also blues and greens. They mixed in with the purple-red of the fading sun; and it was spectacular. Now she had stopped and was still and staring; she couldn’t take her eyes away. The rings flew around spinning and dancing with each other; they seemed to be alive. The Pan watched the display keenly. Rachael couldn’t move, she was mesmerized, paralyzed, hypnotized.

ENCHANTED
The ornate street lamps began their silvery night-duty, as did the lights strung between them; and the sun was gone. The act must have ended. The crowd clapped and cheered wildly, then melted away chatting excitedly. Rachael tried to catch a glimpse of the performer in the dusky light. Was he gone, just like that, did he disappear? No, there he was, a tall figure dressed heavily in black. His long coat tailed in the light breeze.  A ponytail stuck out the back of a tri-cornered hat. He was moving away quickly, the last thing she saw of him was an old black leather bag he was holding. Must be where he keeps those rings of his she thought; then he was really gone. The town had turned to night and Rachael resumed her fast walk to her car. She realized that she had stopped crying.