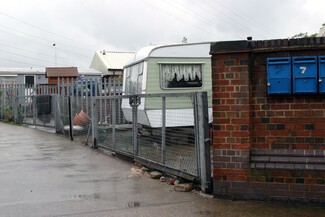 The High Court has recently handed down a judgment on a Gypsy and Traveller case in Doncaster. Not only is this a good victory for those involved, it is also very useful for other Gypsies and Travellers seeking planning permission on Green Belt sites.

The case concerned a Romany Gypsy known for anonymity reasons as “AB”. AB was granted planning permission for a Gypsy site in the Doncaster Green Belt by a Planning Inspector. She had previously had two temporary permissions for the same site. The local authority challenged the decision in the High Court. Amongst other matters, they argued that the changes to the Green Belt policy in ‘Planning Policy for Traveller sites’ in August 2015 had raised the bar significantly higher and that, as such, planning permission should not have been granted.  The challenge was defended both by the Secretary of State for Communities and Local Government and by AB. The judge, Gilbart J rejected all grounds of challenge. He concluded:

In my judgment, this is a Decision Letter over which an experienced Inspector has taken a great deal of care to address all relevant issues in a fair and balanced manner. The views he reached on the merits were plainly ones he was entitled to reach, both within the bounds of the law and of the [National Planning Policy Framework] and the [Planning policy for travellers]. Neither are designed, written or intended to prevent the grant of permission in proper cases for such developments in the Green Belt, and it does nothing to water down the strength of national policy. This case involved the combination of a development whose adverse effects on openness was limited, a very strong case of personal circumstances, and an admitted need for pitches, where the supply was uncertain, in the view of successive Inspectors (para 88).

Counsel for the SSCLG was Mr Kimblin QC. The solicitor for AB was Parminder Sanghera of CLP and counsel were Marc Willers QC and Justine Compton of Garden Court Chambers.

Chris Johnson (chrisjohnson@communitylawpartnership.co.uk) is the team leader of the TAT at CLP. CLP’s website is