End of the road for Traveller teachers association 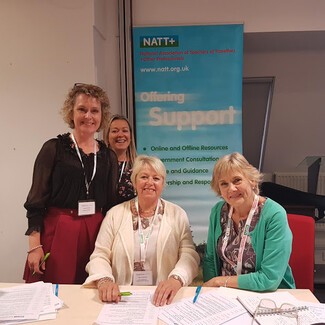 The National Association of Teachers of Travellers will close at the end of October, marking the end of nearly four decades of work to improve schooling for Gypsy and Traveller children.

The Association, known as NATT+, was set up in 1980 to help teachers who worked with Traveller children to meet eachother and support their work.

It was a picture which continued to get worse in the following years, as school budgets shrank and the government pursued a one-size-fits-all education policy.

The decision to close NATT+ was taken on 15th October following "a meeting with mixed emotions," said a statement from the organisation. It was "a time to reflect on the history and achievements of NATT+ but also the harsh reality of the demise of Traveller Education services nationally and ultimately the impact this has had on our membership."

In their statement, NATT+ president Natalie Stables said "the passion and commitment of our members/friends to make a difference to the lives of Gypsy Roma and Traveller children and families has always been a real strength of the organisation and I hope that will always continue."

Lisa Smith Chair of ACERT added "the closure of NATT+ and the decline of Traveller Education services sends a clear message signalling  current governments lack of political will and the seemingly reluctance to invest in and harness the potential of a section of its population,  one size does not fit all and we continue to see the failure of the government to adopt a national inclusion strategy  for its most educationally excluded population of young people in the British education system" 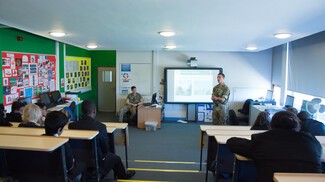 Pupils at the Roma International School

The background to the founding of NATT+ was a turbulent history of relations between the school system and Britain's Romany Gypsy and ethnic Traveller peoples. In the past many schools refused to admit Gypsy children, and schools that did were often unable, or unwilling, to protect them from racist harassment. The 1967 Plowden Report, a government study of primary education in England, described Romany and Traveller young people as "probably the most severely deprived children in the country". Low levels of literacy played a part in this assessment.

Teachers who worked with Travellers faced a unique blend of issues. Many Traveller parents had barely attended school, or had bad memories of it and were in two minds about whether it would be safe or necessary for their children. Some schools were unwilling to take Traveller children on. They feared that children who were behind for their age, or who might be there one week and off travelling the next, would affect their performance in school league tables.

Being part of NATT+ gave teachers a chance to discuss experiences and best practice, and to get hold of useful teaching materials. Books featuring Gypsy or Traveller characters, or minority languages like Romany or Gamin, were often available to buy at conferences, where they can be difficult to find elsewhere.

NATT+ eventually widened its remit to include Roma children who had recently arrived from central and eastern Europe, and added the '+' sign to its name to incorporate other professionals who worked with Gypsies, Roma and Travellers.

Over the decades, painstaking progress was made. At first this involved convincing schools to admit Gypsy and Traveller children, and later focussing on improving attendance, achievement and transfer to secondary school. There has been slow improvement over the years, but retention rates - staying in school for the long term - and exam performance of Gypsy and Traveller children are still far behind national averages.

NATT+'s website, www.natt+.org.uk  will stay online until July next year. The association is advising anyone who who wants to copy information from it to do so before it closes. The website is testament to the different communities that NATT+ has worked with over the years: Romany Gypsies, Roma, Irish Travellers, Welsh Gypsies and Travellers, Scottish Travellers, Circus and Fairground communities, New Travellers and Boat-Dwellers.