Dispatches - The Road To Dale Farm - by Pip Mckenzie-Borev 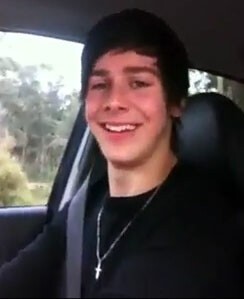 Dispatches - The Road To Dale Farm - by Pip Mckenzie-Borev

I've lost count of the amount of times I’ve heard the words “there's one law for you fucking gypo's and another law for the rest of us”. Indeed, when you are raised a Gypsy you often come face to face with many disgruntled locals who are not exactly happy that you have just set up home on their most precious playing field. I find it somewhat ironic that these are often the same people who produced a brood of overweight, xbox addicted children who have never used (and will never miss) a playing field in their lives, but I digress. The unauthorised use of these playing fields, village greens, car parks etc. by Gypsies and Travellers fuels a hostile response from locals who feel Gypsies and Travellers are given 'special treatment' by the government and indeed this was voiced several times by angry resident's throughout last night's Dispatches.

According to Dispatches there is a belief that the law favours Gypsies and Travellers and that a 'radical change' is needed. At present I am sat in my trailer which is located on unused farmland which is let to my family at an extortionately high price by the landowner (see daylight robbery). My electricity is powered by petrol, there is no mains supply, and I have access only to cold water. I have no address, my family cannot register to vote or apply for welfare assistance, and I cannot tell a soul where I live without fear that my family and I will be evicted and become homeless once more. It is safe to say that I honestly do not feel favoured by the law.

Perhaps the question I am asked most is simply 'why?'. Time and time again Gypsies and Travellers are asked why they don't take up the offer of bricks and mortar accommodation and this is a question that has been raised with the Irish Traveller's facing eviction at Dale Farm. My own experience of bricks and mortar accommodation is not a positive one. When my family were first offered accommodation by the local authority, it was a 3 bedroom, top floor flat in the middle of one of the most deprived housing estates in the city and in our desperation this became home to ten of us.

While we were used to overcrowding and the lack of privacy, it was impossible for us to adapt from a life on the open road to a life in a concrete sky scraper, isolated from our community and extended family. The neighbourhood was characterised by drugs, prostitution, burglary, robbery etc. and this was a life that we had never contemplated, let alone experienced. On top of this, we were subjected to verbal and physical attacks because of our ethnicity, our property was vandalised (most notably 'gypo scum' was creatively written on our front door with faeces) and we were hounded from our home leading to our return to unauthorised encampments. The story is the same for a large majority of Gypsies and Travellers. We are offered unsuitable housing in deprived areas, where there is often a history of hostility towards our people.

It is a well documented fact, one which last night's Dispatches picked up on, that there are not enough local authority provided sites to meet the needs of the Gypsy and Traveller population. This has led to the establishment of private sites on land owned by Gypsy's and Traveller's, however many of these sites, like Dale Farm, remain unauthorised due to planning permission being rejected. While I accept that remaining on unauthorised sites is illegal, it cannot be ignored that the planning system inherently discriminates against Gypsys and Travellers and as Noah Burton, owner of an unauthorised site in Meriden, said on last night's Dispatches, planning applications from Gypsy's and Traveller's are simply 'thrown out'.

One statistic (that is currently being thrown about here, there and everywhere and thus I will reference it) shows that 90% of planning applications from Gypsy's and Traveller's are rejected by local authorities, compared to only 20% of applications from the non-Gypsy (or Gauja) population (Wilson, 1998). In my opinion this is due to the prejudiced views held by those who have the power to make these decisions - individuals who would rather bow down to the demands of the Daily Mail reading locals than make an educated and fair decision. It is due to this that Gypsys and Travellers often have no other choice but to live on unauthorised encampments.

Last night's Dispatches brought up, on several occasions, some of the issues associated with unauthorised encampments – human waste and fly tipping. Believe you me, if I have a choice between a toilet or a bush I will most definitely choose the toilet. As hard as you may find it to believe, it is not the sole purpose of my existence to ruffle the feathers of local dog walkers by shitting in a bush. Poor waste management is unavoidable when Gypsy and Travellers have been left with no other choice but to set up unauthorised encampments on unsuitable land. There is a huge lack of temporary stopping sites and, in my experience, established holiday campsite's are extremely reluctant to take bookings from Gypsys and Travellers, indeed the words “sorry, no gypsies” could accurately sum up my summers.

I wont condemn Dispatches' attempt at covering the issues surrounding Dale Farm, as while it made some truly insulting claims (particularly Brian Steele's theory that we all prey on vulnerable old people to con them out of their money), it did make an attempt, albeit a half arsed one, to show our side of the story for once. The Dale Farm eviction shouldn't be treated with simplicity, and it is time we started to look for a deeper understanding of this sad, desperate, and far from isolated situation.

Reproduced with kind permission from: