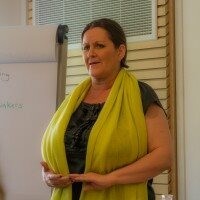 The ACERT mini-Conference "Taking a lead", held at the Friends Meeting House in London on September 19th, was acknowledged by most of those present, to be a positive and uplifting event.

The gloomy political context  of widespread loss of Traveller Education dedicated support described by Chair Brian Foster in his opening address, was quickly dispelled by a sequence of passionate and exciting speakers from the Gypsy, Roma and Traveller communities.

Jess Smith, the writer, storyteller and singer, told of her motivation to campaign to save the Tinker's Heart, while Violet Cannon, a ROMED trained mediator, described the work she was involved in developing a new project for Doncaster CVS, addressing negative stereotyping of Gypsies and Travellers.

Lisa Smith described how she persevered to get an education herself, and how she is using her role in a Traveller Education Service and her studies for a Master Degree, to record the impact of the Academies programme on Gypsy, Roma and Traveller families in Worcestershire.

Josie O'Driscoll and Sherrie Smith from Hertfordshire GATE (Gypsy and Traveller Exchange) described their project to build awareness and combat prejudice among school staffs and students.

Following on from the successful seminar at Wadham College in April, Lisa Galloway described also described how she had struggled to gain an education and how as a Further Education lecturer she is committed to creating opportunities for other Gypsy, Roma and Traveller young people in the Blackpool area. Brian Belton argued against sentimentality and graphically described the tensions of being a successful lecturer with a strong sense of identity and history.

Mark Haythorne described a project to support the access of Gypsy and Traveller young people to Higher Education, and John Row, a poet and story teller and Ellena Costello, from Irish Chaplaincy, Traveller Equality Project, both explained from different perspectives, their work to improve the education and rights of Gypsy, Roma and Traveller prisoners.

Brian Foster described the work of ACERT during the year, including the ROMED training and the Further and Higher Education Seminar. ACERT has participated in the Department for Education Stakeholder group, although they are increasingly frustrated by the lack of commitment or interest from officers and ministers. Rose McCarthy was unanimously elected as chair, with Valdemar Kalinin and Thomas Acton as Vice-Chairs.