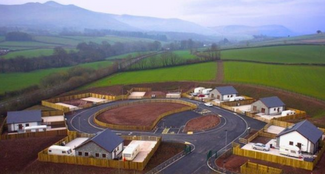 Chris Johnson, Dr Simon Ruston and Marc Willers QC, Traveller planning experts and lawyers, investigate why some council assessments for additional Gypsy and Traveller pitches are coming back blank and how this may affect you.

At least, that is, according to the firm Opinion Research Services (ORS) which has recently carried out Gypsy and Traveller Accommodation Needs Assessments (GTANAs) for the Old Oak and Park Royal Development Corporation and for London Borough of Newham and concluded in both cases that there is ‘no need’ for any new pitches in those areas!

In both cases ORS reached its conclusion that there was ‘no need’ having decided that none of the Gypsies and Travellers interviewed on the sites in those areas could satisfactorily fulfil the revised planning definition of the term “gypsies and travellers”, contained in the August 2015 version of Planning policy for traveller sites (PPTS):

“Persons of nomadic habit of life whatever their race or origin, including such persons who on grounds only of their own or their family’s or dependants’ educational or health needs or old age have ceased to travel temporarily, but excluding members of an organised group of travelling showpeople or circus people travelling together as such”.

[1] Similar and equally offensive changes were made to the planning definition of “travelling showpeople”.

Significantly, in the earlier version of the PPTS (issued in 2012) the planning definition of “gypsies and travellers” had included the words “have ceased to travel temporarily or permanently” which meant that Gypsies, Travellers and Travelling Showpeople who had stopped travelling on a permanent basis because of ill-health or old age, were able to seek planning permission for a caravan site to meet their accommodation needs and rely upon the positive planning guidance in the PPTS when doing so. This is no longer the case.  As the authors of this article have stated in our previous blog on Travellers Times this change to the planning definition will have a most damaging effect upon the most vulnerable members of the Gypsy and Traveller communities – see: http://travellerstimes.org.uk/Blogs--Features/Defining-Travellers-out-of-existence.aspx

It is vital that challenges are launched to the new definition by those Gypsies and Travellers who are adversely affected or there will be many more ‘zero assessments’ and refusals of planning permission.

If you are affected by the change in the definition get in touch with the Travellers Advice Team (TAT) – details below.

Chris Johnson (chrisjohnson@communitylawpartnership.co.uk) is the team leader of the TAT at Community Law Partnership (CLP). CLP’s website is