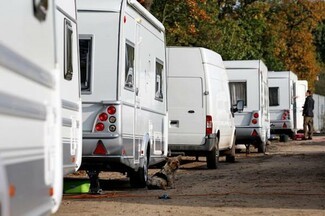 PSPOs are intended to deal with a particular nuisance or problem in a particular area that is detrimental to the local community’s quality of life, by imposing conditions on the use of that area which apply to everyone. They are designed to ensure the law-abiding majority can use and enjoy public spaces, safe from anti-social behaviour.[2]

PSPOs can be made by a local authority and at first blush their use may seem reasonable. However, we have come across examples of them being used or proposed in order to prevent:

Unauthorised encampments by Gypsies and Travellers on certain areas of land;

Those activities do not in themselves amount to anti-social behaviour and we question whether PSPOs aimed at such activities are lawful.

We are not alone in raising such concerns. There has been significant criticism of PSPOs by Liberty, the Equality and Human Rights Commission and others. For example, Liberty has pointed out that PSPOs:

(a) are being used to criminalise the poorest and most vulnerable in society such as the homeless and people begging;

(b) are being used to stifle freedom of expression and association.

The Government guidance on PSPOs states that a local authority must carry out a consultation process before imposing a PSPO and must have regard to the rights of freedom of expression and of assembly protected by articles 10 and 11 of the European Convention on Human Rights. Though there is no specific mention of the right protected by article 8 of the Convention in the guidance (the right to respect for private and family life and home) this Convention right will clearly be engaged in circumstances where a PSPO is aimed at unauthorised encampments or unlawful moorings.[3]

The grounds for challenging a PSPO aimed at unauthorised encampments or unlawful moorings would be likely to include:

(i) possible breaches of the Equality Act 2010 and the Public Sector Equality Duty;

(ii) an argument that such a PSPO breached the Convention rights of those affected ; and

(iii) an argument that the making of a PSPO was perverse.

Finally, it should be noted that the only route of challenge to a PSPO is that provided by the legislation (to the High Court) and that this route has a strict 6 week time limit from the date of the decision to introduce a PSPO.[4] A challenge that would normally be taken by way of judicial review would have to be taken under this procedure.

Community Law Partnership (CLP) are very interested in hearing from those adversely affected by PSPOs.

[3] It should be remembered that unauthorised encampments and unlawful moorings generally arise as a result of the failure of Government, local authorities and other public authorities to ensure that there is sufficient provision of sites or moorings.