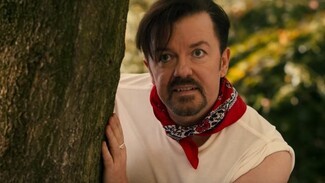 Funny time to be writing about Travellers, ain't it? Britain's just had the biggest vote in its history and decided to leave the EU. The Queen's made it to 90, God save her. And Andy Murray's just won Wimbledon again, and nobody so much as whispered a word about Scotland while he was doing it. Actually they did mention his home town, but that doesn't count: it's not a proper country. This is a time of change, of new stuff happening. It is a time of miracles. Or nightmares, depending on your point of view.

At a time like this, who cares about Travellers? Not many people, apparently. I haven't seen a single news story about Travellers pulling onto a car park in an entire fortnight. That's got to be some sort of record. Nobody's asked me to go on the radio and listen to 'local' people who hate Travellers go on about how much they hate Travellers. It's all gone a bit quiet. And things being a bit quiet for us is generally as good as it gets for Travellers. It means we can get on with our lives.

But there is one story that's cropped up. Fair play, it doesn't sound like much of a story. It involves the comedian Ricky Gervais, who's brought one of his best known characters- David Brent- back from the dead: a character 14 years past his prime, mooching about in a vest and a neckerchief singing terrible lyrics. It's not much of a headline-grabber. So Mr Gervais will be chuffed to bits that his latest video has deeply upset a lot of Travellers, because at least it's managed to get it a smidgen of attention.

I'm not putting a link to the 'Lady Gypsy' video here. It's not because I'm against product placement. It's because what I've got to say about the video is more interesting than the actual video. Does that sound arrogant? If it does, fair enough. I've got this arrogant streak that comes from my people having survived a thousand years of persecution across Europe, including five hundred years' worth of British laws aimed at getting rid of us. None of them has worked: we're still here. In the EU, out of the EU. We're still here. It's a safe bet we'll always be here, as long as there's anyone here.

And of course we're watching the telly, just like everyone else. We are viewers, the audience and part of the general public. So when Gervais released his new video which shows him dressed in a traditional Romany silk handkerchief- a diklo in our language- and gearing up to sleep with a young woman dressed in stereotypical “Gypsy” clothes in the forest, we're watching. Because most of us aren't in the woods - we're in bungalows, trailers, chalets and flats, in Britain, in 2016.

So I watched the video, and I tried to sympathise with Gervais. I've made some short films. I'm a writer. I think it's important to try to see what someone is trying to do; to try to look at their work from their point of view. As he sang the line “She was a Traveller, but she was pretty and clean”, I thought he was trying to show up how stupid wider culture is when it decries Travellers but loves to buy Gypsy skirts, dance to Flamenco and put a bow top wagon in the garden for the kids.

As the fake Gypsy girl in the video sat on top of Gervais and said “the sex is free, but the heather's a pound”, I thought maybe he was trying to take the mickey out of both stereotypes: the utterly false one of the promiscuous Gypsy woman, and the occasionally genuine one of the Romany heather seller. Maybe he was. Maybe he wasn't. If anyone complains, he'll say that's what he was doing. That's how it works. It's called the 'Alf Garnett defence'. You can have a character saying whatever racist, sexist, homophobic stuff you want, as long as you claim you are making fun of that character, not of the people he's having a go at. It's fool-proof, this defence. It's been wheeled out so many times, I've learned when there's no point complaining.

And we're moving into a time when people are losing interest in minorities getting offended. Labour has traditionally been the party that champions ethnic minority rights, but at the minute they're getting hammered for focussing on that, instead of focussing on social housing, heath, and proper jobs for the working class. I can where this argument comes from: minority rights don't seem to affect most people. That's why they're called minority rights. But a country that fails to respect its minorities will never be a good home for its majorities, either. Look through history and take your pick. A country where minorities have not been safe has never been a pleasant place to live, and it's often been an even worse place to die.

It's an endless and tedious argument, whether it's possible to make good comedy without upsetting anyone. And comedians are essential because they can knock the mighty off their perch, that's why dictators are always so keen to get rid of them. So it is not my aim to make life any harder for comedians than it already is. On the other hand, after trying my best to sympathise with Gervais, I looked at the results of a Travellers' Times poll about the video. Overwhelmingly, people were really upset by it. Fellow contributors to The Travellers' Times were really upset by it. And I spoke to a few other Travellers and some activists. I went for a drive in my van and had another think, and this is what I thought.

Comedy has moved on from this stuff. It's lazy and tired. Even the once super-controversial Frankie Boyle has turned his fire on politicians instead of the easy targets he used to take aim at. Ricky Gervais would never have made a 'funny' video which had a Jewish jeweller selling him snide watches, or a topless African-American eating a watermelon, or a gay man trying to ply schoolchildren with sweets. Those groups of people have had enough, they won't put up with those old capers any more. They're part of society, not a punch-bag hanging in the garden for times when society needs something to slap.

And today there are more ethnic Gypsies, Roma and Traveller people in Britain than there are people in Iceland. Iceland just gave England a good hiding in the football, while all the other fans copied their chants. So if Iceland can do that, then surely we, without looking bitter or petty or self-obsessed, must be able to find a way to tell Ricky Gervais that when it comes to Travellers- like his other sketches that have hurt disabled people- it's time to move on from this s**t?