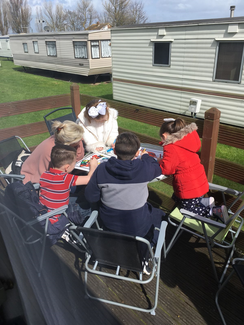 Co-produced with members of the Gypsy, Roma and Traveller (GRT) communities, the film depicts the good and bad scenarios when working with social workers.

There have been concerns in the last few years about the disproportionate number of children from GRT communities being taken into care, or forcibly adopted. While Traveller Movement initial research could not find any hard evidence to support this disproportionality, unsurprisingly these anxieties persist.

The film addresses these concerns by encouraging engagement, but it also calls on social services to ensure social work practice is open, transparent and culturally sensitive. The film will shortly be available to view on the Traveller Movement website and on our YouTube channel.

“We hope this film will go some way to informing the community about their rights, but also how to challenge social services if they feel they are being treated unfairly,” She said.

Lucy Hadley, Campaigns & Public Affairs Manager at Women’s Aid, said that the video is an important awareness raising tool to both address concerns within the Gypsy, Roma and Traveller community about the social care system, and ensure that social services understand these concerns and provide the right response.

“Sadly too often professionals lack an in-depth level of understanding of domestic abuse and other safeguarding issues within the Gypsy, Roma and Traveller community and how to provide safe and effective support,” she added.

Mary Mason, Chief Executive of Solace Women’s Aid, said that her organidation believed in bridging the gap in understanding between social services and the people they serve.

“It is important that both sides engage openly and without judgement to ensure Traveller families are best supported to build stronger futures together,” she added.