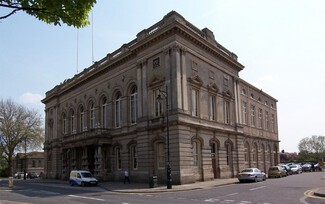 Councillor accused of instigating racial violence against Gypsies and Travellers lambasted by parliamentary group as equalities watchdog set to investigate.

A Grimsby councillor, who stands accused of encouraging local settled residents to petrol bomb a proposed council Traveller transit site, is set to be investigated following a formal complaint to the Equalities watchdog.

The former Labour councillor who defected to UKIP in 2013, made the ‘petrol bomb’ remarks in a meeting she set up to organise a campaign to oppose the planned transit site.

She said to the packed meeting: “If you put them on here it’s going to be World War Three. There’s going to be out-and-out war and there’s nothing you can do to stop it.” And: “She feared petrol bombs were already being prepared.” The remarks were picked up and reported on by the Lincolnshire Reporter newspaper. 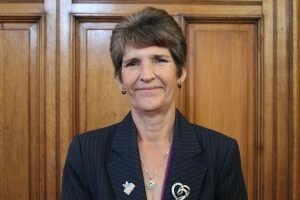 On the Traveller Movement Facebook Page Mary Wall spoke for many.

“Am I reading this right?” commented Mary Wall. “They are suggesting making petrol bombs to hurt innocent people and meeting was still allowed to go on with no one arrested for threats to kill or seriously hurt someone?”

Robert Finnegan agreed in his comment: “What are people so afraid of, and why are they quick to judge people because we don’t live in houses?” he wrote.

Josie O’Driscoll, Chair of GATE Herts (Gypsy and Traveller Empowerment), a community led organisation, told the Travellers’ Times that Cllr Bramley had created a hostile environment for Gypsies and Travellers.

Gate Herts, who host Report Racism GRT, a project that aims to increase reporting and raise awareness of Hate Speech/Crime against the Gypsy Roma Traveller Communities in the UK, had lodged a complaint with the council, added Josie O’Driscoll.

“Councillor Bramley was reported by the Lincolnshire Reporter as saying the sites on Wootton Road and Winchester Avenue were “absolutely ridiculous” because they were either side of a new housing estate. She expressed concerns over the nearby residents’ safety, particularly those of the care facility currently under construction.”

Josie O’Driscoll said that the councillors remarks where “at the very least threats to violence against a community who have no say with the council’s decision to place a Traveller site there.

Gypsies Roma Travellers suffer a particular disadvantage and have particular needs. Councillor Bramley has failed in her public sector equality duty with her choice of words used at a public meeting.”

The Travellers’ Times contacted Cllr Bramley, but she told us that she did not want to comment.

However, a spokesperson for North East Lincolnshire Council did respond to our request for comment and distanced themselves from the Cllr’s actions.

“This meeting was not arranged by the Council, and any opinions expressed at the meeting by Councillors and members of the public do not represent our views as an organisation,” said the council spokesperson.

“Ward councillors are free to arrange public meetings without reference to the local authority unless our resources are being used,” they added.

“We have a formal complaints process, and any complaints received against Councillors are investigated in line with our Councillor code of conduct, as described in the Council constitution.” 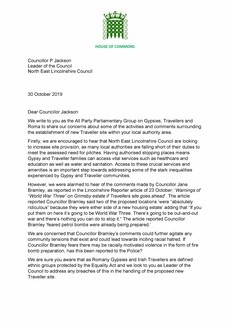 The letter from the All Party Parliamentary Group for Gypsies, Travellers and Roma sent to North East Lincolnshire Council

In a further development the cross-party parliamentary group for Gypsies, Travellers and Roma have written to the Council Leader thanking them for planning to build a transit site but warning them that Cllr Bramley’s ‘petrol bomb’ remarks could “increase community tensions”.

The letter was signed by Kate Green MP and Baroness Whitaker.

The parliamentary group announced the news in a tweet sent today.