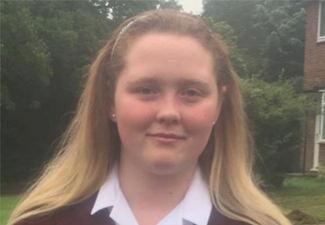 Romany Gypsy and aspiring doctor Ruby Smith ,14. talks to Youth at Travellers’ Times (YTT) about her experiences of medical summer school, racism and her ambitions for the future.

I have faced racism and prejudice in every aspect of my life; and I have seen it numerous times…..says Ruby Smith.

But in medicine, I feel like there are no boundaries, because hardly any Gypsies and Travellers are doctors, and so it is an open field.

I have held an interest in medicine specifically oncology and neurosurgery for  several years now.

I have tried to expand my knowledge of the subjects by reading books, and medical magazines, such as The New England Journal of Medicine, and I also watch various TV programmes such as House MD and Grey’s Anatomy.

The experience that has been most beneficial to my learning and which I look forward to all year is Medicine Summer School, which is run by an independent company called Debate Chamber. The school is normally for people aged 16 and over, but for the past two years, I have attended on a scholarship from my secondary school which was awarded for my high grades and excellent attitude to learning.

In all of the five sessions that I have attended in the past two years, I have been able to choose whether or not I want to reveal my Romany Gypsy ethnicity, and when I do, I tend to get mixed responses.

The children from other countries, such as India and Sweden think that it is a brilliant, interesting thing about me. However, typically, the children from the UK find it scary and will not sit next to me.

The tutors are always supportive, and I like to believe that this is because they have been educated on the subject of Gypsies and Travellers.

I believe that there may be only three doctors who are Gypsy or Travellers in the UK, and I intend to add to that number. I hope that medicine inspires many more young Gypsy and Travellers in the years to come and that I achieve my aspirations within medicine.

Keep up the fantastic work Ruby Smith, YTT wishes you every success for your future!