‘Together we can Eliminate Hate!’ says Herts GATE 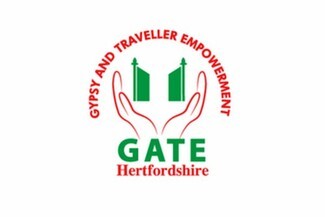 Gypsy and Traveller Empowerment Herts (GATE) has launched an independent website for victims of racial abuse and attacks to report incidents.

Report Racism GRT will be used to collect data on where, when and the type of hate used against GRT members to help combat racism. The initiative can also provide support to Gypsy, Traveller and Roma victims of racism.

You can access Report Racism GRT by clicking HERE.

In the UK several laws criminalize hate speech against several categories of persons. The laws forbid communication which is hateful, threatening, or abusive, and which targets a person on account of ethnic origin.

According to the Equality and Human Rights Commission, race remains the most commonly recorded motivation of hate crime in England and Wales and accounts for 82% of all hate crime.

If you are young and from an ethnic minority, your life chances have got much worse over the past five years and are at the most challenging for generations.

Hate incidents, which includes hate crime (for example, physical violence) and hate speech (for example, on social media or in the street) can have a severe negative impact on the victim. This is especially so among Gypsy, Traveller and Roma community members who are subject to regular, sometimes daily, incidents of hate.

The battle against racism is only starting. Now, more than ever, it is crucial that action is taken to bring this vital information to light. It most definitely isn’t just a social justice issue, it’s also a mental health issue. And it’s up to each and every one of us to report all incidents of hate.

The UK police also record hate incidents that cannot be prosecuted as a criminal act but still cause fear, hurt or damage to the victim.

We recommend that victims of hate report the incident to the police; at the local police station, or by phoning 112 (999 in an emergency), or by using the police True Vision Online site.

However this project well understands that many community members are reluctant to report directly to the police for many differing reasons.

That is why Gypsy and Traveller Empowerment Herts have set up this reporting site working with other Gypsy, Traveller and Roma organisations to collect data on where, when and the type of hate is used against community members.

This data will not identify anyone but will help us highlight to government and police the extent of hate incidents against community members so that hopefully they can counter this problem.

We can also provide support to Gypsy Traveller and Roma victims of racism. See ‘Contact ‘on the Report Racism GRT website.

Together we can begin to Eliminate Hate.